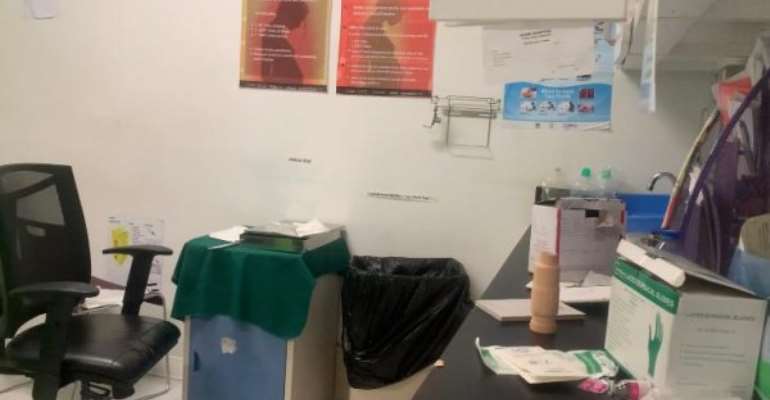 There are no nurses at some major hospitals in the Greater Accra Metropolis when the news team visited some facilities on Monday.

The offices and cubicles that used to be occupied by nurses to receive patients were quiet and empty.

At the time of the visit, the GNA observed that only doctors were attending to patients, at facilities including; Accra Ridge hospital, Korle-Bu Teaching hospital and Adabraka Polyclinic.

A source at the Ridge hospital said some few nurses who were not in uniform were seen around, but could not confirm if they were working or not.

According to the source, the absence of the nurses had created a huge vacuum and was impeding the flow of work.

A number of patients the GNA interviewed appealed to the government to address the grievances for the nurses to return to work.

Papa Jones Quartery, a Patient urged the nurses to return to duty, while their leaders dialogued with the Government on their conditions of service.

“We plead with the nurses to have a human face because life lost as a result of strike cannot be reversed, but issues of money can be addressed,” he said.

Although the National Labour Commission (NLC) had secured an interim injunction to restrain members of the Association from laying down their tools, the nurses say their strike is in full force.

Meanwhile, the Fair Wages and Salaries Commission (FWSC) had asked the nurses to back down on its intended strike and return to the negotiation table to have its grievances resolved.

According to the Commission, the government had shown enough commitment to have the concerns of the health staff resolved, and the labour action was in serious breach of the rules of engagement between the two sides.

In a letter from the FWSC detailing the extent of deliberations between the government and the nurses, the Commission said the strike by the GRNMA was illegal because both parties had in principle agreed to six out of the eight outstanding proposals as presented by the Association with a four-week time frame for further action following their last meeting on September 16.