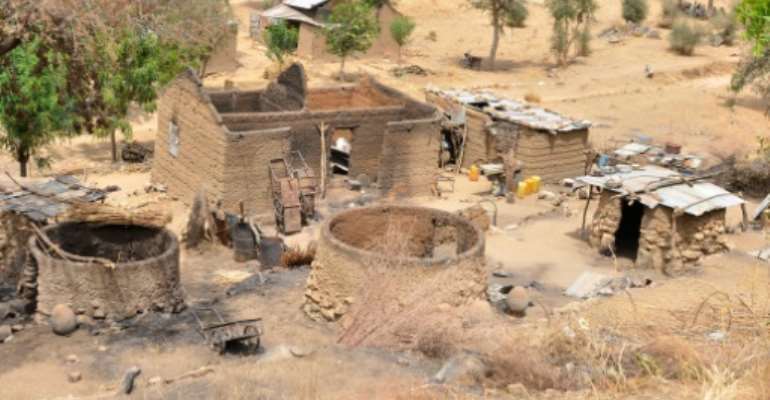 Four Cameroonian soldiers were sentenced Monday to 10 years in prison for the execution-style killings of two women and their children, one of them a baby, in a region where the army is fighting jihadists.

A video broadcast on social media in July 2018 showed soldiers shooting two kneeling, blindfolded women as well as a baby on one of their backs and a girl.

The government initially denied the army's involvement, dismissing the video as "fake news".

But after Amnesty International provided credible evidence, the authorities announced that the seven soldiers seen in the video had been arrested and would be prosecuted.

The killings took place in 2015 in Zeleved, in Cameroon's Far North region where troops have been deployed to fight Boko Haram jihadists carrying out cross-border attacks from Nigeria.

The military court in the capital Yaounde finally handed down the murder verdict and sentences after repeated adjournments of the trial.

The seven soldiers had pleaded not guilty nearly a year ago.

Three soldiers -- Ciriaque Hilaire Bytlaya, Jean Tchanga and Barnabas Donossou -- were found guilty of murder on Monday, while their captain Etienne Fabassou was found guilty of being complicit in murder. They were all sentenced to a decade in prison.

A fifth soldier, Ghislain Ntienche, was sentenced to two years in prison for a violation in the same case.

During the investigation, the soldiers claimed they acted on orders from Fabassou, their superior officer, according to a lawyer involved in the case.

The captain had contested that version of events, claiming he told the soldiers to hand over the two children and their mothers, accused of ties to Boko Haram, to the police, the same lawyer said.

On Monday, Fabassou's lawyer said that he planned to appeal, arguing that the investigation has not been carried out properly.

Three soldiers were charged with murder in June over a massacre earlier this year in western Cameroon, where security forces are fighting anglophone separatists.

The UN said at least 23 civilians had died, 15 of them children and two of them pregnant women.