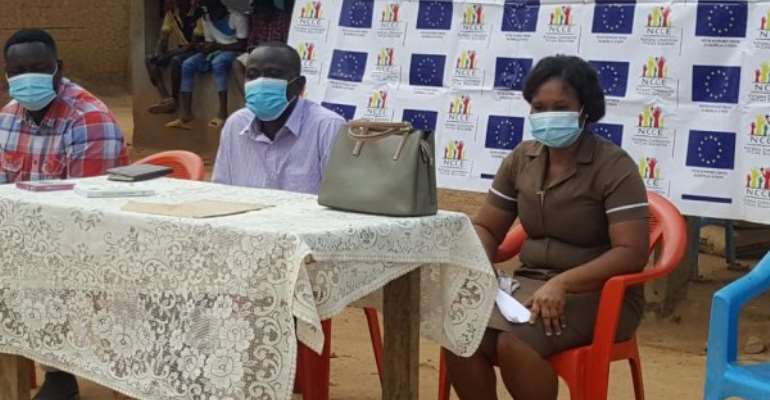 Pregnant women at the Chuchuliga Health Centre in the Builsa North District of the Upper East Region were on Monday turned away following the strike action declared by the Ghana Registered Nurses and Midwives Association (GRNMA).

The pregnant women were disappointed at the turn of events, when they visited the facility for their usual Antenatal and Postnatal services.

They grumbled as they walked away from the deserted facility, after some nurses and midwives told them from their nearby quarters about the strike action, they had formed queues hoping to be attended to.

Madam Gifty Anigi, a pregnant woman said she was not aware of the strike action, “because I don't want to join a long queue, I was here very early only to be told that the nurses are on strike. I came from a far place, now I have to walk back without any care,” she said.

Another expectant mother, Madam Patricia Amabe was also disappointed as she walked away unattended to, “Nurses on strike, then we will die, I had no idea they were on strike, I was scheduled for ANC today, so when will they resume,” she asked.

About 10 pregnant women were seen walking away when the GNA arrived at the facility at 1140 hours.

Mr Gibilida Atanga, a nurse at the facility told the GNA that the Out-Patient Department was full as at 0600hours, “We had to inform them that we are on strike and can't attend to them, so they had to go.”

“Today is Monday most of them are here for wound dressing, ANC and Postnatal services, but we had to return them. We can't render services, it is sad because some of the wounds had not been dressed for the past three days.”

He said the pregnant women needed proper care, but the nurses could not help and advised them to visit private health facilities for health care services.

While at the facility, a woman rushed to the premises of the health centre, with her child of about five years tied to her back with the complain of cat bite, but was also turned away without any care.

The GRNMA and its allied Association are demanding better conditions of services from government and hope to achieve their aim with the strike action.

JHS graduate appeals for $45,000 to undergo kidney surgery
47 minutes ago