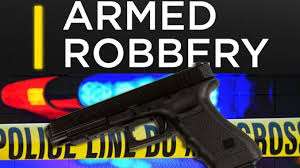 A suspected robber has been killed following a firece shootout with police officers on the Yeji-Prang highway in the Bono East Region.

According to the Yeji Divisional Police Command, the suspect was part of a group of four armed persons who emerged from the bush around the Kofi Baasare bridge on the highway and fired shots on a police vehicle on patrol duties around 4.40 am on Monday, September 21, 2020.

The Yeji Divisional Commander, Chief Superintendent Godfrey Tetteh Adjirakor, in an interview with Citi News said the three other suspects escaped after the police returned fire.

“The police officers were on highway patrols on along the Yeji highway and upon reaching a section of the road known as Kofi Baasare bridge, police saw two torchlights each emerging from both sides of the roads. The suspects upon seeing the police vehicle fired into the bumper. Police also fired towards their direction and killed one of them instantly,” he said.

The commander said the police retrieved some weapons and mobile phones after an extensive search around the bush from which the suspects emerged.

He added that the body of the deceased has been deposited at a mortuary for preservation.

“A search was conducted in the bush and police found two single barreled guns modified as shot guns, nine BB cartridges and six mobile phones. Meanwhile, the body has been deposited at the Mathias Catholic Hospital mortuary for preservation and identification.”

Chief Superintendent Godfrey Tetteh Adjirakor has since urged the public to volunteer information that can help it arrest the three suspects currently on the run.

He said health facilities in the area should also contact the police should any person visit their facility with bullet wounds.

“If anyone comes with any wounds on the body for treatment, they should inform the police.”