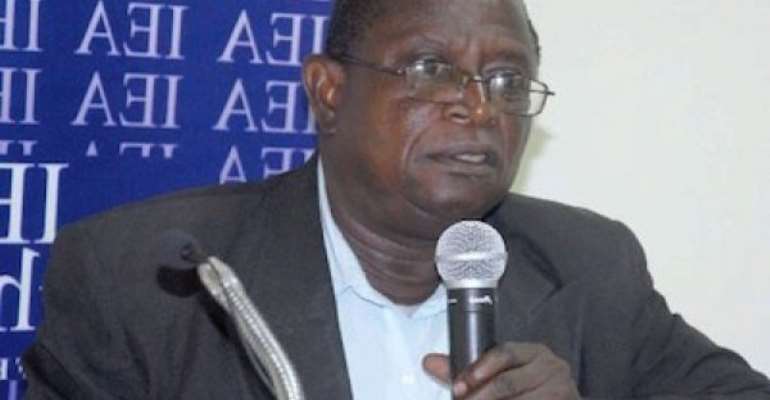 Mr Kwesi Jonah, a Senior Research Fellow at the Institute for Democratic Governance (IDEG) has waded into the controversial GHc100, 000 filing fees being charged by the Electoral Commission (EC) from Presidential aspirants wishing to contest this year's elections.

He alluded that the EC pegged the filing fees at GH¢100,000 in order to get rid of "none serious and frivolous presidential aspirants" from overloading the December 7 ballot paper.

Mr Jonah told the media when analysing the rationale behind the EC's decision to Peg the filing fees at GH¢100,000 for Presidential aspirants.

The IDEG Research Fellow discounted claims by some Ghanaians and civil society organisations (CSOs) that, the exorbitant fees charged by the EC was intended to raise funds to run its activities.

"I don't think the EC wanted to raise money to run its operations because the amount is a mere deposit and when the political parties secure 25 per cent of the valid votes cast, they would get back their monies.

It must be noted the EC's activities are funded by the taxpayers, he added.

However, Mr Jonah was of the view that the EC should have tabled its intention to increase the filing Fees by 100 per cent at the Inter-party Advisory Committee (IPAC) for discussions and buy-in.

He advised the EC to pay attention to regulating political party activities, rather than only concerning itself with organising elections and demarcating electoral boundaries.

Meanwhile, Dr Alidu Seidu, a Senior Lecturer at the Political Science Department, University of Ghana, cautioned that using money to control political parties' participation in an election could set a bad precedent for the nation's democracy.

He, however, admitted that elections and money were interlinked and should be treated with caution.

He also blamed some politicians for creating bad perception about politics because of their expansive lifestyle.

"Nowadays, the grassroot supporters of all political parties want to take their pound of flesh at the primaries because they see politics as a lucrative business because of the lifestyles of some politicians," Dr Alidu pointed out.