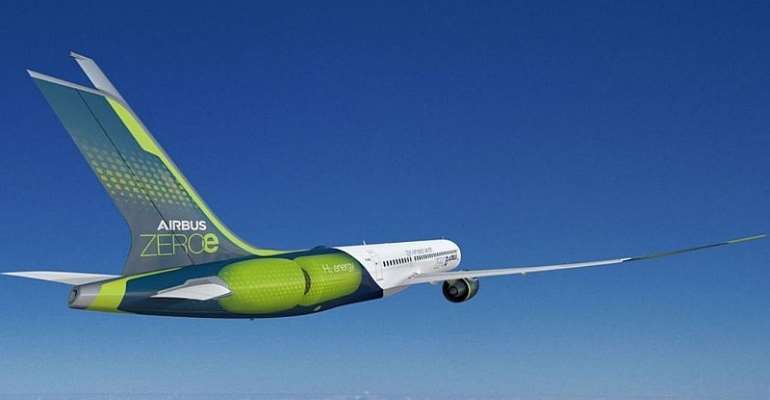 Airbus has announced its aim to put the world's first hydrogen-powered commercial aircraft into service by 2035.

"This is a historic moment for the commercial aviation sector as a whole and we intend to play a leading role in the most important transition this industry has ever seen," Guillaume Faury, Airbus CEO said.

"The concepts we unveil today offer the world a glimpse of our ambition to drive a bold vision for the future of zero-emission flight."

Speaking in a web telecast, Grazia Vittadini, chief technology officer of Airbus, explained the reason behind the choice of hydrogen for the zero emissions program.

Hydrogen's flexibility
“Hydrogen can be combusted directly through modified gas turbines. It can also be converted into electric energy thanks to fuel cells and when combined with CO2 hydrogen can be used to produce synthetic kerosene,” she said.

She added Airbus would focus on combining the first two elements.

“This means having direct combustion of hydrogen through modified gas turbines with an embedded electric motor powered by fuel cells.”

She also listed hydrogen's other key advantage. “Hydrogen has the same energy level as kerosene that enables it to deliver same kind of range and performance with one third of the weight.”

She remarked that the first flight demonstrator of a hydrogen aircraft is expected to be in 2025.

The French government has earmarked 1.5 billion euros for the development of carbon-free aircraft as part of a support plan for the aviation sector, with other European countries supporting the growth of  hydrogen technology.