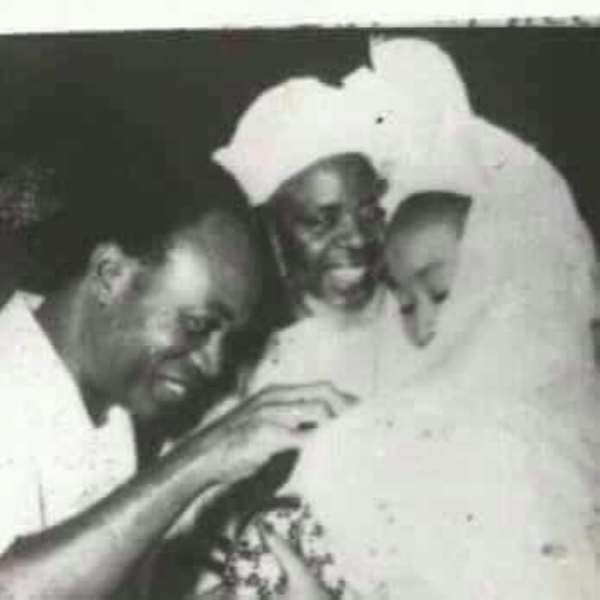 His Spiritual Eminence Sheikh Mohammed Salis, the Grand Khadim and Khalifa of Sheikh Ibrahim Niass for Ghana Togo and Benin, who was the intermediary between Ghana's first president, Dr Kwame Nkrumah and Sheikh Ibrahim Niass when the latter was invited in the 1960s to provide spiritual interventions for the successful construction of Akosombo Dam and formation of Organization of African Unity amongst others.

The role of the intermediary meant that Sheikh Salis Shaban was the confidant between these two high profile personalities and will have access to their inner circles. Dr Nkrumah had instructed all the security protocols at the flagstaff house to immediately open the gate without any further interrogation whenever the name Shaban was mentioned. He the young Shaban is my special messenger, Nkrumah told them. And Sheikh Salis Shaban whenever he finally arrives in front of Dr Nkrumah, he directs him to a dedicated place to keep whatever Niass had sent him with.

According to Sheikh Salis Shaban, on one particular moment, when he came to Dr Kwame at the Flagstaff, he noticed at the corner of his office a nice traditional Muslim prayer mat laid with the tasbih on it. According to Sheikh Salis Shaban, that was a great indication that Nkrumah's relationship with Sheikh Ibrahim Niass had deep impacts on his Spiritual life. '' As far i am concerned, and base on what i witnessed and heard from Sheikh Ibrahim Niass, Nkrumah had a very deep love for Islam and Muslims'' She Salis Shaban added.

This rare account of Sheikh Salis Shaban makes it unsurprising in corroborating the claim and news by many including Nkrumah's Son, Dr Gamel Nkrumah that Dr Nkrumah had accepted Islam in his latter days in Guinea Conakry and died as a Muslim

His Spiritual Eminence, Sheikh Salis Shaban recounted this on 28th May 2020 when he and the executives of Faidhatu-Tijaniyya Ibrahimiyya Council of Ghana visited Chief Umar Baba Issah, the National P. R. O of Council of National Zongo Chiefs.