Editorial: Oh No. Not Again! 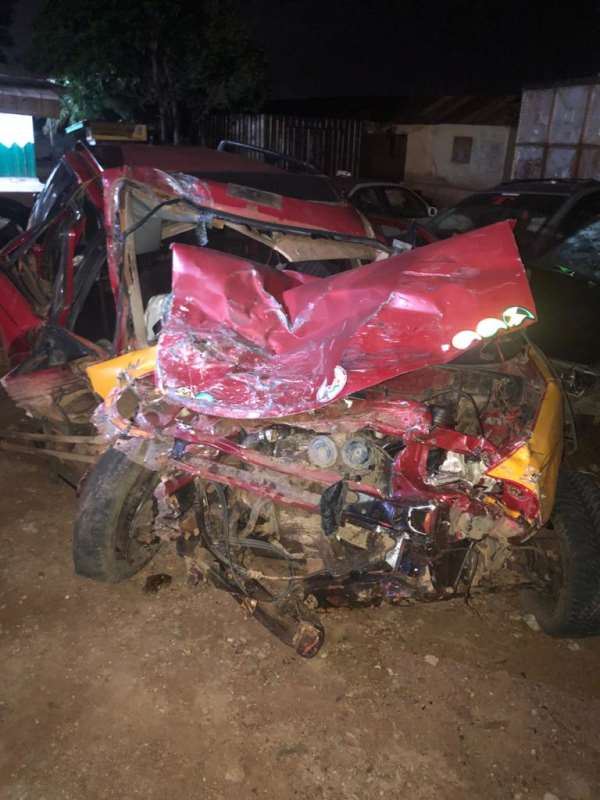 Three fatal vehicular accidents happening in the general area of Suhum in the Eastern Region within a month should prompt thoughts about whether or not something we are being confronted with something esoteric.

Perhaps long distance drivers upon reaching the outskirts of Suhum, considering the proneness of the place to accidents in recent times, would have to say special prayers. That, of course, is on a lighter note.

It is instructive that in all the accidents mechanical malfunctions were responsible.

In the latest of the accidents, a commercial vehicle steering wheel got locked up and therefore would not respond to the hand orders of the driver. In the one involving a Burkinabe articulated truck, a similar fault was responsible. Oncoming vehicles in such situations are vulnerable as the one-directional cruise and uncontrollable steering wheels result inevitable head-on collisions.

We had in previous commentaries emphasized the need for the dualisation of the country's highways. We have also, even while congratulating the Railway Ministry for the wonderful work it is doing to resuscitate the railway system in the country, asked that more efforts be put into it. As a safer means of transport, it offers a better alternative to road transport.

Before we reach the foregone notch, it is our position that better work be carried out in ensuring that only road worthy vehicles are allowed to ply our long distances routes.

There is no doubt that the vehicles which suffered fatal malfunctions had they been properly tested would have had their anomalies rectified before hitting the roads and obviating the fatal accidents about which we are commenting.

We think that all commercial vehicles plying especially long distance routes should belong to identifiable unions. This way, adequate regulation can be brought to bear upon their operations, especially in the area of safety management.

A liaison of sorts between the unions such as the Ghana Private Roads Transport Unions (GPRTU) and the safety regulatory agencies the Driver Vehicle Licensing Authority (DVLA) in particular would ensure that vehicles are constantly examined for mechanical inadequacies.

There are shortcomings in the safety management regime of the relevant regulatory agency which unfortunately make it possible for road unworthy vehicles to escape scrutiny.

It should be possible to roll out an arrangement by which long distance vehicles undergo frequent tests of critical parts such as steering wheel efficiency and brakes.

Nothing is expensive and difficult if it would ensure safety on our highways.