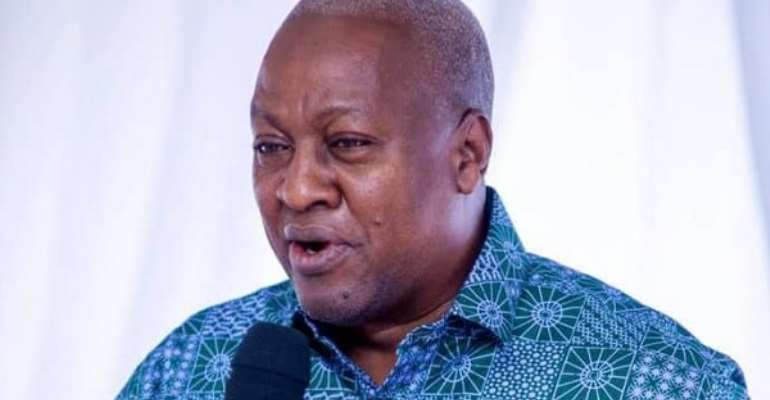 Former President John Mahama, has challenged the track record of President Akufo-Addo in the fight against corruption.

According to Mr Mahama, the current president has failed woefully in the fight against corruption and is clueless about how to deal with the issue.

Mr Mahama who is also seeking the mandate of Ghanaians to serve a second term in office after losing the presidency in 2016 made the claim in an interview on Woezor TV on Sunday, September 20, 2020.

Mr Mahama has thus assured the electorate that if elected in the 2020 polls, he will tackle the corruption.

“…we fought corruption head-on but President [Akufo-Addo] fights those who fight corruption. The case of the Auditor-General has proven that corruption is fighting,” he said.

Mr Mahama is also of the view that the NPP government has no track record of infrastructure achievements.

Mr Mahama insisted that there are no visible projects of the Akufo-Addo government in any sector of the country.

“The Akufo-Addo government has not got a track record in healthcare. We built hospitals, they have none. Not in tertiary education, we built universities, not in the roads sector, they have declared the year of roads without roads,” he said.

COVID-19: Ashanti Region records 783 cases in one week
28 minutes ago