Reading To Swoop For Mensah 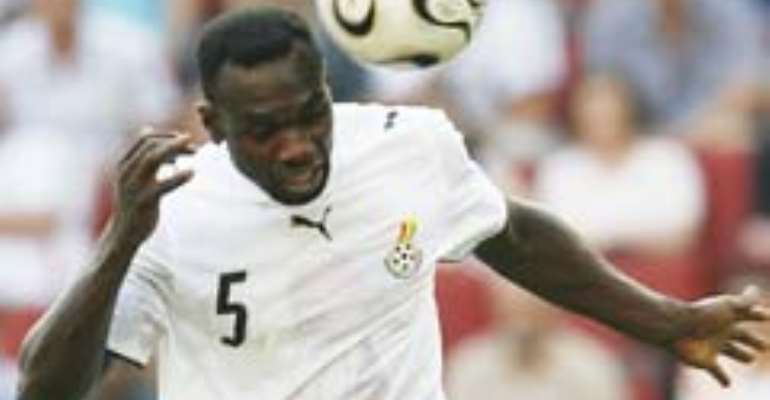 Reading have lined up John Mensah

The Premiership new boys had a £3.5million bid turned down for the French-based centre-back during the summer.

But Reading manager Steve Coppell had Mensah, 23, watched once more last weekend in action for his club Stade Rennes.

Reading director of football Nicky Hammond said: "We had significant money on the table for players last summer, but if clubs don't want to sell there's not much we can do. Maybe in January we'll try again."

Mensah enjoyed an excellent tournament for the Black Stars at Germany and was one of the driving forces behind Ghana's surge into the second round in their debut World Cup appearance.