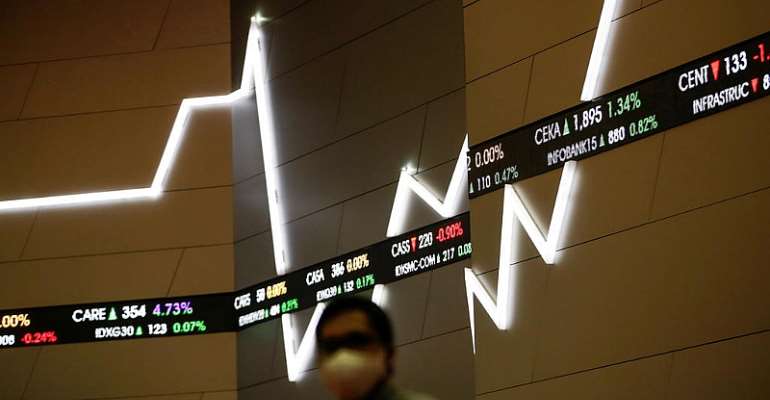 Fresh coronavirus restrictions in Spain and across Europe, and news that British Prime Minister Boris Johnson was pondering a second lockdown, have sent European stocks plummeting to a two month low.

Hit by worries of a surge in coronavirus cases across the continent the pan-European STOXX 600 slumped 2.2 percent with Britain's FTSE 100 down 2.7 percent.

The plunge is also due to a slide in HSBC and Standard Chartered, following reports that put the banks among those moving large sums of allegedly illicit funds over the past two decades.

Europe's banking sector, which is already down about 40 percent this year due to the Covid-19 pandemic fell by a further 4.7 percent.

New lockdowns on the cards

The United Kingdom already has the biggest official Covid-19 death toll in Europe and the fifth largest in the world – while it is borrowing record amounts of money in an attempt to pump emergency funds through the damaged economy.

PM Boris Johnson is now mulling a second nationwide lockdown as an accelerating coronavirus spike, rising by at least 6,000 per day, is threatening to destroy any hopes of economic recovery.

Hospital admissions in the UK are reportedly doubling every eight days, and the testing system is buckling.

In Spain, protesters took to the streets in Madrid on Sunday to call for better health provisions, complaining of discrimination by the authorities.

The demonstrations came after the regional government ordered a lockdown from Monday 21 September in some parts of the capital and outskirts, home to some 850,000 people, after a surge in coronavirus cases.

About 600 people demonstrated in the southern district of Vallecas, which has one of the highest infection rates in the Spanish capital – about six times higher than that of Chamberi, a wealthy area in the north of the city.

Protesters also called for the resignation of Madrid regional leader Isabel Diaz Ayuso, who attracted criticism for saying last week that "the way of life of immigrants" was partly to blame for the rise in cases.

Authorities in Madrid, which accounts for a third of all infections in Spain, announced restrictions in areas where the contagion levels exceed 1,000 per 100,000 inhabitants.

Spain has the highest number of Covid-19 cases in Western Europe, but Spanish Prime Minister Pedro Sanchez has ruled out a second national lockdown.

Some 640,000 people have been infected by the coronavirus in Spain, accounting for 30,500 deaths.