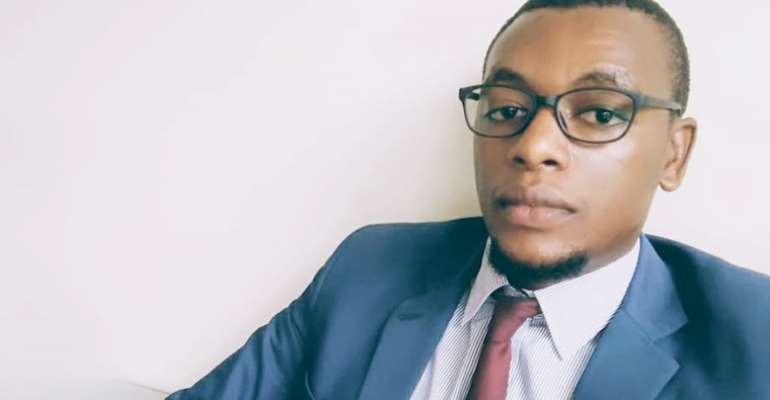 It’s an account of the torture the writer endured over a three-week period when the dictator’s CMI first arrested him on April 13, 2020. He describes gruesome beatings including being punched with fists and being kicked until he loses consciousness; being ordered to eat his own feces; being water boarded; being made to stand up all night with his feet shackled to the floor and his upraised hands chained to a pipe above him, with his feet dangling; and, being made to kneel on stones for hours until he’d lose his ability to walk and so he’d have to crawl back to his cell. This is Rukirabashaija's introduction to his new book: “This is a narration of the excruciating torture I went through in a Chieftaincy of Military Intelligence (CMI) dungeon as a result of my published novel, The Greedy Barbarian, which is a political fiction that mirrors gerontocratic, kleptocratic, nepotistic and murderous African regimes.”

This is what a young writer, 34, endures for daring to write a satirical novel in Gen. Museveni’s Uganda—a regime sustained by $1 billion annually in U.S. taxpayers’ money. The Greedy Barbarian, the novel that led to Rukirabashaija’s April arrest describes a greedy dictator who converts the national treasury of a fictitious country into his personal ATM machine. Gen. Museveni, who has lorded over Uganda for 34 years, may have seen the character as bearing too much resemblance to himself.

These words are taken from the very end of Rukirabashaija’s new book, Banana Republic: “Writing a work of political fiction that portrays a government led by old, greedy thieves who unleash a pogrom on the population, loot the country’s resources, rig the votes, suffocate multiparty democracy, bribe Parliament to pass laws in favor of a dictatorship, weaken government institutions by appointing incompetent or political rejects or loyal cadres to lead them, practice egregious tribalism and cronyism – among other vices – does not, by any stretch of the imagination, justify picking up the author with the express purpose to torture him and subject him to trial by a kangaroo court. That kind of behavior is incontrovertible evidence that the leaders of the country called Uganda are wracked by a guilty conscience and are cowardly and, as a result, engage in acts that are not in sync with the current times, mood and trends. Those who sell arms, weapons, teargas, handcuffs and such other things as a business are as culpable as the Ugandan government that uses them to dehumanize Ugandans.”

Describing Rukirabashaija’s Sept. 18 arrest in a Facebook posting, his lawyer Eron Kiiza said, “The CMI operatives had the audacity of telling his wife and area LC 1 Chairperson they were arresting him over his continued writing of literature critical of President Yoweri Museveni Kaguta, Uganda’s over 34 years military leader. Rukirabashaija had just started writing a weekly political column for Black Star News. His arrest Friday may also have something to do with his arrest. In one column, he describes how Gen. Museveni engineered a campaign to discredit one of his presidential challengers Bobi Wine by claiming that he lied that he’s 38 years old when he was allegedly 40. The irony isn’t lost on the dictator who’s believed to be 80 years old. In another column, based on tips from disenchanted government officials, Rukirabashaija describes how the dictator plans to rig next year’s presidential election by illegally providing Ugandan national ID cards to hundreds of thousands of refugees to vote for him.

Black Star News calls for Rukirabashaija's immediate release. Since the U.S. provides the dictatorship with $1 billion annually in financial and military aid, we also call on Washington to exert its leverage.

When Rukirabashaija was arrested in April, Pen International, and Amnesty International called for his release and for charges to be dropped. At that time, Amnesty also urged the public to write to Gen. Museveni and demand for Rukirabashaija’s release. We echo that call today and ask people to write to Museveni via [email protected]