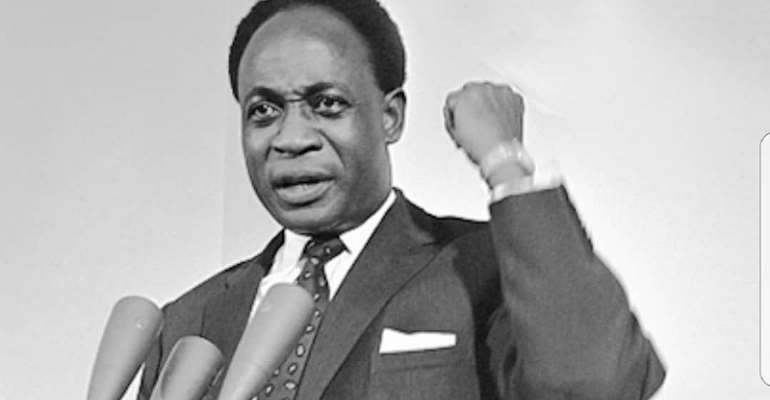 In the history of Ghana, 21st September is marked as a memorial day for the late president Dr. Osagyefo Kwame Nkrumah.

This holiday commemorates the birthday of Osagyefo Dr. Kwame Nkrumah, Ghana's first President who led the Ghanaian populace into independence during the slave trade.

In September 2009, President John Atta Mills declared September 21st (the centenary of Kwame Nkrumah's birth in 1909) to be Founder's Day, a statutory holiday in Ghana.

Prior to the passing of the Public Holiday Amendment Bill into law in last year March 2019, the holiday on September 21st was known as Founders' Day.

Founder's Day will now be celebrated with a public holiday on August 4th as stated by the current president, his Excellency Nana Addo Dankwa Akufo-Addo.

In 1874, the British Empire took control over Gold coast now Ghana. Britain was weakened by the efforts of World War II and following a rising desire for independence by Osagyefo Kwame Nkrumah, Ghana was the first sub-Saharan African country to achieve independence, on March 6th 1957.

Dr. Nkrumah was the driving force behind the independence of Ghana from British rule and founded the Convention People’s Party (CPP).

Nkrumah will always be remembered for the powerful speech he delivered on the day Ghana gained independence, March 6th 1957, proclaiming "Ghana will be free forever”, from British rule, to millions of Ghanaian gathered at the Independence Square now Black Stars Square. The speech was significant as it relinquished the British control over the Gold coast.

In 1960, Prime Minister Osagyefo Dr. Kwame was sworn into office as the first President of the country and the republic was proclaimed on July 1st 1960.

Nkrumah designed the national flag of Ghana. Its design was inspired by Ethiopia's green-yellow-red Lion of Judah flag with the lion replaced by a black star. Red symbolizes bloodshed and struggle; green stands for beauty and agriculture; yellow represents mineral wealth; and the Black Star represents African freedom.

In February 1966, while Nkrumah on a state visit to Vietnam and China, his government was overthrown in a military coup. Nkrumah never returned to Ghana and died in April 1972.