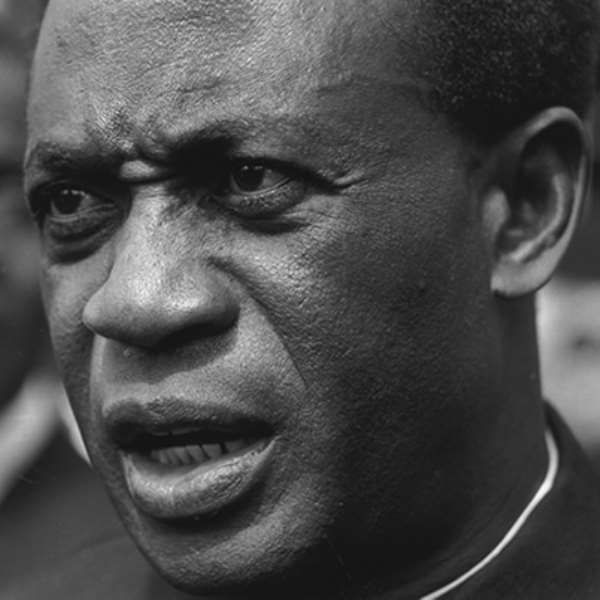 Good morning Osagyefo Kwame Nkrumah- Ghana's first and finest President. In your eternal memory, Ghanaians are resting at home today although many do not know who you are.

It is a fact, practically experienced, that many Ghanaians including the older generation do not have the slightest idea of the sum total of your personality as a former President and a gallant Pan-Africanist.

History has recorded that your academic excellence and intellectual capacity wooed the leaders of the UGCC and they invited you on to join in the struggle against the liberation of this country from colonial rule but whereas you did believe in immediate self-government, the leadership of the UGCC believed in self-government within the shortest possible time.

It is also recorded in the annals of this country and the world beyond that immediately after joining forces with the other 'Big Five' to acquire Ghana's independence status in 1957, 6th of March, ideological differences led to your separation from the UGCC to form a new party called the CPP in June 1949 which ruled this country from February 1951 to 24th February, 1966.

I was saddened to have read that since the day you declared before 60,000 Ghanaians that the C. P. P needed a "Self Government Now!" you became an enemy to the leadership of the UGCC until the dark day in 1966. It is excessively refreshing to note that your leadership which was aimed at aiding the total liberation of the entire African continent by using Ghana as an appropriate platform and template, birthed the socialist and one-party state ideology which became a ghost that haunted the leadership of the UGCC.

Relative to the One Party state ideology that was widely misunderstood by the 'ignorant' at the time, you explained thus far, *"a one-party system of government is an effective and safe instrument only when it operates in a socialist society. In other words, it must be a political expression of the will of the masses working for the ultimate good and welfare of the people as a whole. On the other hand, a one-party system of government in a neo-colonialist client state, subject to external pressures and control, can quickly develop into the most dangerous form of tyranny, despotism and oppression."*

For this reason, you established the Ideological Institute in Winneba with the intention of educating those who might not have understood the ideas inherent in your government but unfortunately, your enemies facilitated by the rebellious reactionary Western forces that operated within the African continent had made up their minds.

As a growing Ghanaian youth, I was adequately enthused about the remarkable achievements of your government since your government took over in 1951. Agriculture, the Educational system the health sector, the railway network system, road constructions, the setting up of companies and the entire social structure of Ghana saw a massive development to the appreciation of the least Ghanaian. It is also incontestable that employment was almost unknown prior to 1966.

The whole truth is that, you are Ghana's primus inter pares, you have no equal at all. Your commitment to the unionisation of Africa and the crushing of imperialism was legendary. African leaders at the time saw you as a mystery that had been gifted to this country and the entire continent.

... But unfortunately, here comes that dark day in 24th February 1966 when Ghana and Africa's future was perpetually truncated. You had travelled out of Ghana to Hanoi on official duties when the imperialist machinations motivated the local traitors to overthrow your government. I still hold the view that those Western infested and perverted enemies within the Police, Military and Civil Service who overthrew your government would not have accepted to the propelling western forces if they had known that Ghana's future in the 21st century would have been this impoverished, visionless and purposeless. They would not have even thought of the ceaseless assassination attempts on you.

We heard your voices from Conakry where you finally settled until your demise. They were full of bitterness and sorrow. You felt Africa would indeed lose its heritage forever. Your compassion for the future of Ghana was visible in your voices. You truly wished that the unfaithful sons of Ghana should not have overthrown the citadel of policies you had chalked for the development of Ghana without any dependence on the colonialists. This is where I also breakdown in tears and in desperation.

Uncle Kwame, the treasure of Africa and the only star to have risen from Ghana. On this day of your memorial, although your heart is still heavy in your grave, I say ayeeko to you. Your name has not only been etched in gold but in the very ' heart of Ghana and Africa' and the very fabric of our foundation as a race.