The Achievement Record Is Already on the Ground 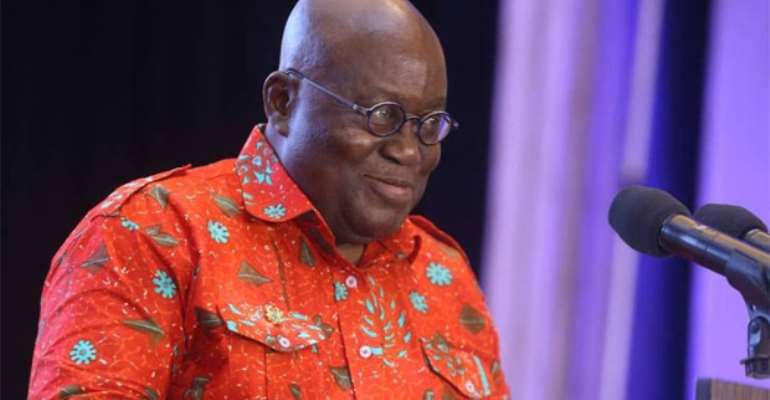 He knows that no attempt to badmouth Nana Addo Dankwa Akufo-Addo would gel or gain traction. But that is precisely what former President John “Embraer-Kanazoe” Dramani Mahama has decided to do. Recently, for example, at a Townhall Meeting held in the Kumasi Metropolis by the National Democratic Congress, the man who has never passed up the least chance to take bribes at the expense of the Ghanaian taxpayer, as both a cabinet appointee, vice-president and president, had the temerity to accuse Nana Akufo-Addo of being given to cutting sods for the commissioning of projects the man who created Candidate Mahama’s own home turf of the Savannah Region had absolutely no intention or fiscal means of completing (See “Kweku Baako ‘Exposes’ Mahama Over ‘Sakawa’ Projects” PeaceFM.com / Ghanaweb.com 9/17/20).

I don’t know that Little Dramani can be taken seriously, since he has also virulently accused the very people to whom he addressed during the Townhall Meeting of being congenitally and pathologically wired to be so ungrateful that even if he were to pave all their streets and highways with gold, the denizens of Asanteman would not appreciate such remarkable accomplishment. So, first of all, any levelheaded eligible Ghanaian voter ought to wonder what business this Gonja-born popinjay had presuming to lecture the people of Oseikrom which Presidential Candidate they would be better off returning to Jubilee House. It goes without saying that the real problem that Little Dramani has here is one of credibility. You see, this Fufu-Kisa-Faced apology for a human being has already declared, ad nauseam, that when it comes to grabbing for raw power, truth is the last ingredient to be included in his electioneering campaign recipe.

So, really, who is Little Dramani fooling but exclusively himself? In recent weeks, this veritable Apostle of Sakawa Projects has boasted of his party’s having initiated such major highway projects as the Achimota-Ofankor Road, the Awoshie-Pokuase Road and the Tetteh-Quarshie/Adenta Stretch. But guess what, Dear Reader? It turns out that each and every one of these four major infrastructural projects was actually commenced by the John Agyekum-Kufuor-led government of the New Patriotic Party (NPP). It has often been said by psychologists that ethnic chauvinists and hatemongers often project that which they find to be unsavory in themselves on their political opponents and enemies. This is precisely what the Paramount Chief of Dumsor has been preaching on the campaign trail around the country. The tragic irony here is that contrary to what Little Dramani would have the rest of the nation believe, the average eligible Ghanaian voter is savvier than this unconscionable political scam-artist himself.

Already, the bloody thief from the Mahama Clan of Bole-Bamboi has been backpedaling on the critical question of fiscal support for our tertiary academy students. In the wake of the inauguration of Prof. Jane Naana Opoku-Agyemang as his Presidential Election Running-Mate, Little Dramani promised to hold the line on tuition grants of these leaders of tomorrow for at the most one year upon his assumption of office, that is, in the highly unlikely event of the National Democratic Congress’ being returned to Jubilee House in January 2021, and then return them to the old discredited regime of student loans, insolently packaged as “Student Allowances.” I hope that our tertiary academy students were paying sedulous attention. You see, it was a butt-covering trick, one that was rigged up to enable these NDC gravy-train looting brigade to be able to defensively claim, once their gimmick is exposed, “But we told you so.” Let nobody mistake this cheap, dirty and tawdry stratagem for what it veritably is. A dirty, old vote-seeking scam.

Now that this “Sakawa” tack has been exposed for what it really is, Little Dramani has concocted yet another one, hardly a sophisticated improvement on the old one. This time, the thievish and desperate megalomaniac is promising to foot half of the tabs of the tuition fees of all our university and college students. Now, such Slay Queen-Snagging promise is coming from the same con-artist who claimed some five or six years ago that maintaining the Nurse- and Teacher-Training Allowances would totally bankrupt our national economy. By the reckoning of a meticulous fact checker, abrogating the Nurse- and Teacher-Trainee Allowances entailed only 103,000 students, whereas footing the tuition fees for all our tertiary students would involve a total of at least 260,000 students. The Naked Man who couldn’t clothe himself now says that, somehow, he has the financial capacity and capability to settle half of the tuition fees of at least 260,000 students at the decent sum of at least GHȻ 800 apiece.

The above-quoted figure could actually be somewhere in the ballpark of 400,000. Now, Dear Reader, tell me, who sounds more like a Sakawa Scam-Artist, the Agyapa Dealing Akyem Mafiosi or the Slay Queen Butt-Kissing Bole-Bamboi-based Papa No?