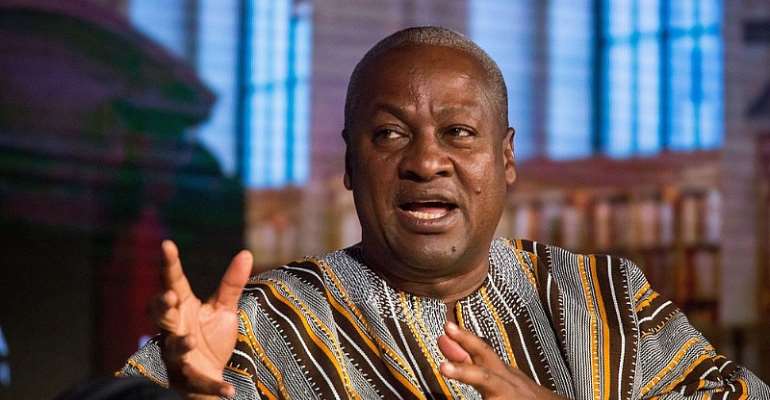 According to him, the government has very little to show for the money it has borrowed so far.

“This government has meanwhile borrowed GH¢140 billion as against GH¢54 billion during my presidency”.

On Sunday, Mr Mahama challenged President Akufo-Addo to point to a secondary school you has constructed since he won power in 2016.

According to him, President Akufo-Addo is “heavy” on giving promises but “low” on delivery.

“Ghanaians know what my track record is; my opponent comes nowhere near me. When we talk about credibility; who is more credible when it comes to delivery on social infrastructure, everyone knows who is credible.

“He (President Akufo-Addo) should show me one secondary school he has built or one hospital he has built in four years. It is easy to say that we have better credibility when it comes to infrastructure with our opponent,” the NDC presidential candidate told TV XYZ in an interview Sunday.