The Black Man Is Capable 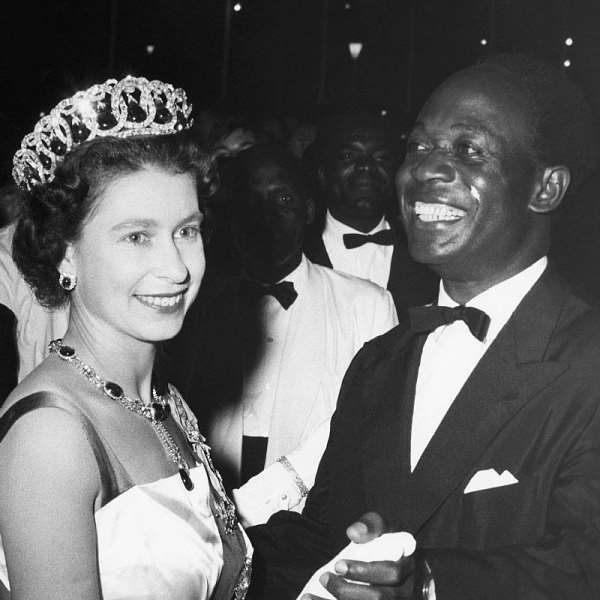 Dr. Kwame Nkrumah’s contributions to the liberation of Africa demystified the thought that the black man isn’t capable of managing his own affairs. His level of patriotism and sense of selfless love for other African States cannot be overemphasized. This ought to be a great feasible lesson to all.

More importantly, he didn’t have a dream; it was the dream that had him. Thus he couldn’t cower; he moved the motion, until his aspirations morphed over people’s procrastinations and broke the “we can’t do it on our own mentality”. Then he carried his own cross tirelessly for mother Ghana. Nothing could quench his thirst for liberation than speaking and fighting against oppression. When he saw freedom not too way yonder, he ran towards it.

However, hot issues have bewildered leadership after his sudden death. The style of politics turned to family and friends centered only. No better systems emplaced, proliferation of institutional failure, weak currency, poor road networks, unbridled corruption, surging unemployment rates etcetera. Even if an elected President had good prospects before assuming power, due to the saboteurs from his apparatchiks; his achievements would be malnourished.

The citizenry are also to be blamed. The belief that the black man is capable looks very incapable to Africans. Thus the caucasians taught us never to be able to do things on our own. And lo, we bought into that weird phenomenon. Today, energetic Africans embark on ominous trips to Europe because of lack of opportunities and the jamboree of been remunerated with a foreign currency. Also, we seemed not to entertain ourselves anymore with our Premiership, African drama etc,. Gone are the days we glued ourselves to the television sets to watch Don Bortey, Ismaeal Addo, Charles Taylor et al,. More so, those who left for education never came back to help rebuild the country. They have seen heaven on earth in the white man’s land. Everything is clearly in a mess.

Muhammad Gadafi, Nelson Mandela, and all African freedom fighters turned the tables over during their regimes. They made it blatant that we can do it when we take a step. Therefore, holistically replicating this nugget of theirs would inure to nation building. We must know that we are indeed capable of solving the mess in the system because we understand our problems better. Everything can be done, when we play the role fearlessly. We can assuredly move mountains and break chains.

Your innovative ideas, strength, power and wellbeing are needed to accelerate the engine of Africa. So get yourself utterly involved. We shouldn’t be heartless when we see mother Ghana weeping. When you run to Europe you’re only solving your problems and that of your family alone. Think about the poor boy in the remote place who has to sit on the floor while learning, or go to school barefooted. The young girl who has to exchange her piety for three square meals. Think!

Dr. Kwame Nkrumah presented a better form of agitation. He spoke against power — he was fearless. Admiringly, when he was given the mandate, he put all his rants into actions. Hence, let us not wait to talk about the right things only when we are in opposition. We have to perform our best when we win power, too.

Ghana needs a collaborative effort to grow. We should trade ideas mannerly like we do trade for goods and services. When a section tables something fruitful for implementation, it has to be backed wholeheartedly. But when it’s something deadly, we should kick against it. This would make us break the jinx of partisan politics. And no amount of hatred and barrage of insults would mean one party is better off than the other — that forsooth, the populace cry over stalled developmental projects and lack of amenities.

President Paul Kagame possessed the-black-man-can-do-it-spirit. The man is working out long lasting solutions to his people after political independence have been won by his ancestors. Unlike Ghana which is economically and socially dependent, Rwanda is conquering all those hitches. Isn’t Ghana capable of winning economic independence too?

This auspicious day of Dr. Kwame Nkrumah should mean a lot to us. We must not afford to leave Ghana rotten. He said, “We have awakened. We will not sleep anymore. Today, from now on, there is a new Africa in the world”. This is the summation of the whole issue.

If you want to be successful in life; prioritize Allah and be sparsely rational by leaning on rectitude.