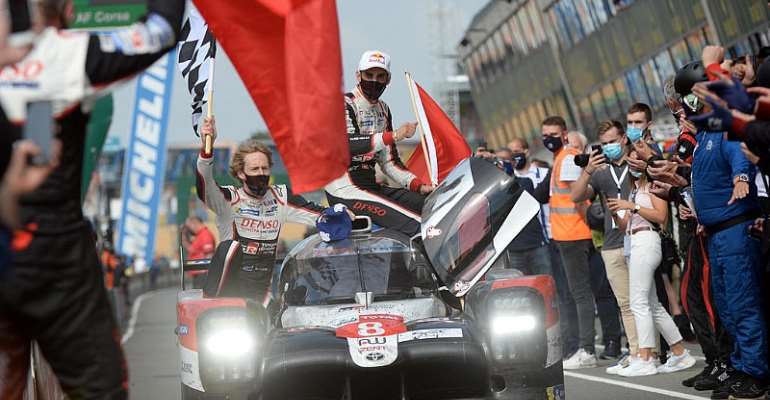 Toyota claimed a Le Mans 24 Hour hat-trick on Sunday after winning the 88th edition of the annual motorsport race held on the outskirts of the city of Le Mans in central France.

The race, postponed from June to September as a consequence of the Covid19 pandemic, was held behind closed doors.

“Our race was a real roller coaster, but everyone did a fantastic job and sometimes it seems we have a bit more luck than the other guys,” said Nakajima after the win.

“It's been a steep learning curve coming in and replacing Fernando Alonso and these two guys have really helped me getting to speed with this very complicated and fast race car,” said Hartley, who won the race in 2017 with Porsche.

The fourth place in the Le Mans Prototype 1 or LMP1 category was claimed by the second Rebellion team of Romain Dumas, Nathanael Berthon and Louis Delétraz.

The LMP2 title was claimed by Paul Di Resta, Filipe Albuquerque and Philip Hanson of United Autosports. The all-women team of Tatiana Calderon, Sophia Floersch and Beitske Visser finished in ninth place in the LMP2 category.