Gender-Responsive Budgeting As A Response To Widening Gender Inequality 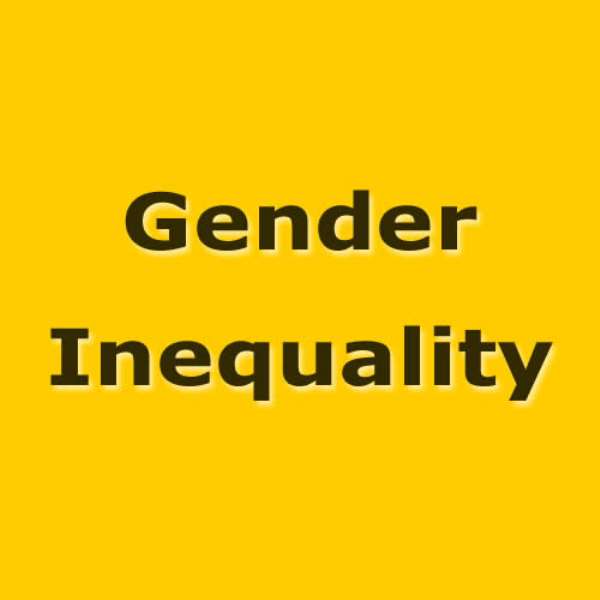 Gender equality has been a burning issue for some time, with little tangible progress made. In response to growing demands for justice, organisations, have become vocal in advocating against, and raising awareness around, social challenges that oppress women. Foremost of these challenges are the scourges of gender-based violence, femicide, patriarchy and poverty - each functioning to perpetuate gender inequality in all imaginable spheres of women's lives. Over recent months, COVID-19 has exacerbated this state of inequality and disparity in our society.

The global pandemic has disproportionately affected women (more so black women), in different and intersecting ways, including at home, work, financially and in terms of physical and mental health. In many cases, women continue to earn less than their male counterparts. More women work part-time or with flexible schedules, which is a particularly insecure position to be in, especially in the face of reduced hours and job losses. This sense of insecurity is intensified by the fact that in many households, women take on the role of primary caregivers for the vulnerable - including children, the elderly and the sick. Further, the financial weight of COVID-19, combined with increased anxiety and stress levels, and our society's inclination to patriarchal violence, can lead to increased household tension and domestic abuse.

As women continue to negotiate the demands occasioned by the different societal roles of employee, parent, and caretaker, there is a heightened need for employers to respond with empathy, in the context of providing their employees with access to opportunities and support. How a business or an employer spends its money is a direct reflection of its social and economic priorities, and its appetite to make meaningful change in response to gender inequality, gender-based violence and other forms of marginalisation.

Every day, women around the globe experience considerably less access to education and employment opportunities, and less representation than their male counterparts. While many businesses already recognise the need for gender equality and women’s empowerment, a practical way to put this into action would be to structure spending in a way that is designed to achieve gender equality objectives — a process called gender-responsive budgeting.

Most of us perceive budgets at all levels to be gender-neutral or as a set of figures with no differential positive or negative impact for gender relations or equality. However, a closer look suggests otherwise. The way budgets are conceived and implemented has a different impact on women and girls compared to men and boys - very often to the detriment of the former. This is not because budgets are inherently problematic in a particularly sexist direction; rather, it is because budgets, too, operate in a society where men and women have different social roles, responsibilities, needs and identities, and enjoy varying access to resources and power. The world within which budgets operate is not neutral, it is laden with stubborn patriarchal landmines and gender inequalities that permeate all facets of women's lives.

Gender-responsive budgeting suggests a different approach, one aimed at mainstreaming the gender element into all stages of the budget cycle. This type of budgeting entails the process of imagining, planning, approving, implementing, monitoring, evaluating and auditing budgets in a way that is responsive and sensitive to the challenges women face when it comes to achieving substantive (as opposed to formal) gender equality. This approach requires that employers analyse all expenditure through a gender lens - recognising the implications and impacts that such spending will have for women and girls, relative to men and boys, and considering their respective priorities and needs.

Gender-sensitive budgeting looks beyond the balance sheets and considers whether men and women benefit differently under existing expenditure patterns. This kind of budgeting does not require a separate budget for women, nor does it aim to only increase spending on women’s programmes. Instead, it allows us to understand how we may need to adjust our priorities and reallocate resources to live up to our commitments to achieving substantive gender equality and advancing women's rights.

In order to achieve a paradigm shift in favour of substantive equality in the workplace, priorities must go beyond providing access to opportunities to alleviate inadequate living and working conditions, such as employment, shelter, food, water, income and healthcare. Responding only to this category of practical (or survival) needs functions to maintain the status quo for women and does not promote gender equality. Instead, employers should focus on empowering women to have, for example, equitable access to work opportunities and training, equal pay for work of equal value, the right to capital assets, as well as access to programmes that focus on preventing sexual harassment and violence in the workplace, and that promote bodily autonomy.

Most employers have been vocal about their commitment to ending gender-based violence and gender inequality more broadly. Budgets that are designed to respond to gender inequality are necessary for transforming rhetoric into reality and into positive lived experiences for women. Gender-responsive budgeting requires that employers be mindful and intentional about the impact that their expenditure has on advancing substantive gender equality in South Africa.

By Keketso Kgomosotho, Candidate Attorney, overseen by Johan Botes, Partner and Head of the Employment and Compensation Practice at Baker McKenzie in Johannesburg