A Journey to Afrofuturism: Dare us Ditch the Lemons? 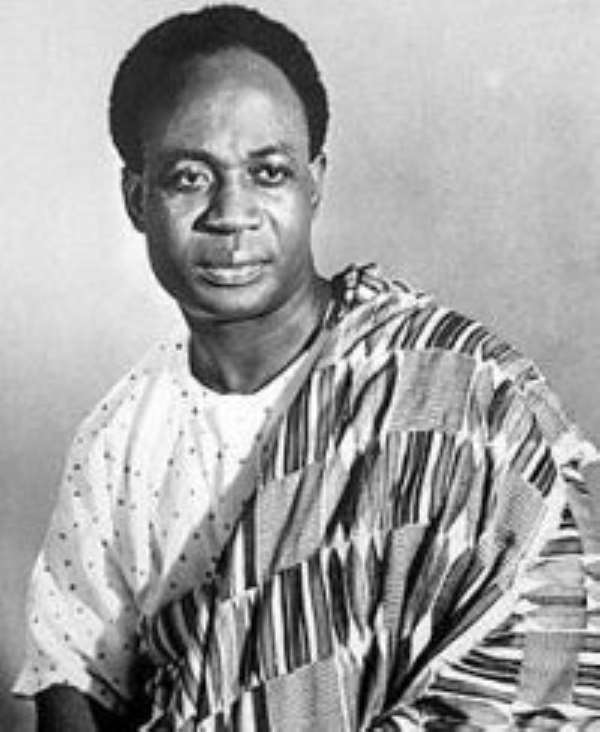 The central ethos of the concept of Afrofuturism is the reimaging of the future through the lenses of the African. In the words of Mark Dery, the American author, who is credited to have coined the word Afrofuturism, the central question of the movement is “Can a community whose past has been deliberately rubbed out, and whose energies have subsequently been consumed by the search for legible traces of its history, imagine possible futures? Furthermore, isn’t the unreal estate of the future already owned by the technocrats, futurologists, streamliners, and set designers ― white to a man ― who have engineered our collective fantasies?”. The question to be asked is deeper and yet all essential: who owns the future? We shall attempt a conversation of images and imaginations in this write-up but first, a thought experiment.

Imagine with me for a moment, if you will, a young African taxi driver called Yaw who lives in Jamestown. His only prized possession is his home second-hand cab. Yaw however suffers from Social Anxiety Disorder (SAD). SAD Yaw decides to go for a wedding one day, as the couple had managed to get close to him. SAD Yaw traveled miles away from Jamestown for the social event. SAD Yaw decided to leave as dusk was falling rapidly. Imagine at this point however that, SAD Yaw’s car will not start when he pressed his ignition. Already anxious and spent from the wedding, his car has given up on him. It is now getting dark, the winds are getting stronger and colder as the storms gather, it is about to rain. Imagine that you are SAD Yaw at this point; alone, helpless, and caught in a storm with an old spoilt car, yet incapable of asking any of the people at the wedding for help. What will you do?

As you may be mulling on the plight of SAD Yaw, let’s find cause in the African narrative. The journey of the African community is an interesting narrative, our history as we are taught seems to begin with the arrival of the colonizers. The stories of pre-15th century Africa is almost nonexistent. The images of who we were as given, is one of a group of naked people who were playing with monkeys and eating bananas when some historian are of the view that, “Between the 9th and 11th centuries, the kingdom of Ghana was so rich that its dogs wore golden collars, and its horses, which were adorned with silken rope halters, slept on plush carpets. Based on animal luxuries alone, it is no wonder that foreigners touted Ghana’s kings as the richest men in the world.”[1] The Europeans therefore came to meet a rich, prosperous people with its own culture and governance yet the average narratives appears that they became the salvation of an uncultured people, gave them language, art, culture, and invariably every good thing including the demarcated new countries, the false sense of nationalism and the legal framework through which we may interpret these new realities and call it ‘Uti Possidetis’ which is ‘may you continue to possess such as you do possess”.

The problem as I see it is one of information and an acceptance of the status quo; possess only, such as you possess. To entrench the narratives of racial control and poverty into the future then, one only has to define the images of the nature of realities such that, reality exists only through that defined framework. Those images thus engineers a social order where one is only permitted to imagine the future through such frame and structured thinking, which will then ensure that any imagined future will not be different from the past.

The knowledge we accept of the past creates the images we hold to the future. The power of past images is its ability to frame the mind to the extent of its imagination. We have celebrated the 400th year since the Spanish slave ship, San Juan Bautista, first sent African slaves to the shores of America. We celebrate the independence and republics we were given by the men like Osagyefo Dr. Kwame Nkrumah, for whom I write this to honour his memorial day, yet a trip to Jamestown where our people live, leaves us with a feeling very closely relatable to the feelings of SAD Yaw; alone, helpless, caught in a storm with an immovable vehicle and almost incapable of collaborating out of the mess and even worst is perhaps the willingness to stowaway into utopia, the land of the Caucasian, never worrying about our motherland.

The options available to SAD Yaw, I consider are not very different from that which is available to the African if we must rebuild and get to a future which is completely independent, African and yet beautiful in all measures of utopia; far from a dysfunctional dystopia. As we remember the legacies of Osagyefo Dr. Kwame Nkrumah, let us reconsider our options and act in the light of prudence:

For our lovely readers, pause at this point and imagine with me yet again a new future, a new you, for eyes have not seen, nor ears heard, neither has it fallen into the hearts of men that which God will do with you and for Africa. New has come, know it, envision it, trust in your value, collaborate with others on that journey towards the new, and just be better for the New Africa is upon us.

My name is Yaw Sompa, I suffer from Severe African Dream (SAD) pattern, an author of two books; the second on leadership in Africa and the first on lessons from Ghana’s financial crisis. I am committed to the future of Africa. Uhuru. May Africa Learn.