Rwanda Continues to Be One of Africa’s Sore Thumbs 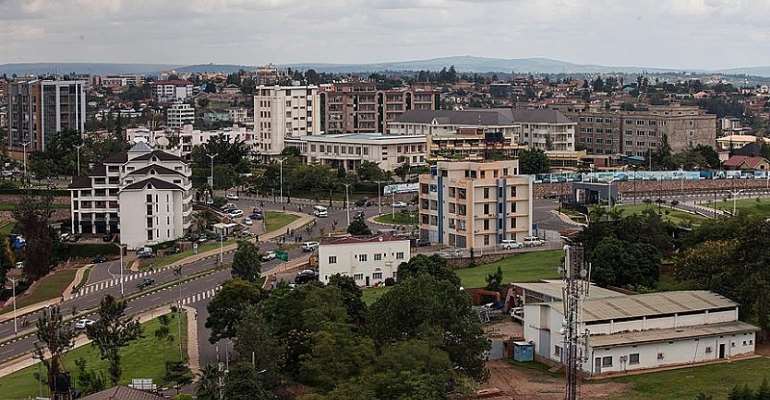 The widely reported arrest of Mr. Paul Rusesabagina, of the movie “Hotel Rwanda” fame, leaves much to be desired, in view of the fact that the arrestee was, according to Human Rights Watch, criminally abducted by the Rwandan authorities while the man who is widely credited with having saved hundreds of Tutsi lives during the Rwandan Civil War, in 1994, was on a visit to Dubai, the United Arab Emirates (UAE), from the United States of America where Mr. Rusesabagina had been living for quite some time now (See “Rusesabagina of ‘Hotel Rwanda’ Appears in Kigali Court on Terrorism Charges” Radio France International / Modernghana.com 9/14/20).

It is not clear what the former Hotel Manager was doing in Dubai at the time of his arrest, but Mr. Rusesabagina has been known to be a bitter critic of the 26-year-old government of Mr. Paul Kagame, who has been widely criticized for using ham-fisted approach to governance, for quite some time now. The arrest of Mr. Rusesabagina has also been mordantly castigated in some human rights quarters right here in the West, because it does not seem to have followed conventional international standards of the application of extradition laws. If the foregoing observation has validity, as the Central Africa Director of Human Rights Watch, Mr. Lewis Mudge, is claiming, then this cloak-and-dagger political tactic must be roundly and unreservedly condemned in toto by the leadership of the African Union (AU).

Mr. Rusesabagina’s trial, which has already opened in Kigali, the Rwandan capital, must also be closely monitored by representatives from the AU, the United Nations, and other regional bodies on the African Continent, in order to ensure that judicial justice is served. Mr. Mudge, the Central Africa Director of Human Rights Watch, has already indicated that the Kagame regime may very well have skirted the traditional extradition protocol because Kigali did not believe that whatever incriminating evidence it claims to have amassed against the victim of its apparently unorthodox arrest by kidnapping or abduction, may not muster judicial scrutiny. Which simply means that the charges brought against the accused, including terrorism, murder, kidnapping and arson may be more related to the Kagame government’s cynical or Machiavellian attempt permanently silence Mr. Rusesabagina by way of political vendetta, than one of substance.

It is also significant to observe that the leaders of the African Union have been sitting duck and mum, while Mr. Kagame has been organizing Kangaroo elections in which the Rwandan President has been winning 99-percent of the votes, as used to routinely happen or may still be happening in such Francophone African countries as Togo, Gabon, Congo-Brazzaville and the Democratic Republic of Congo (DRC) and Cote d’Ivoire quite awhile ago. Which ought to leave all progressive-minded Africans wondering about the functional purpose and utility of the African Union.

On the first day of his court appearance in Kigali, Mr. Rusesabagina and his lawyer, David Rugaza, were reported not to have entered any plea against the charges read to them by the trial judge, perhaps obviously because both the accused and his counsel firmly believed that the charges were pure fabrications and politically motivated. Mr. Rugaza has also indicated that his client is a Belgian national and has been holding Belgian citizenship since 1999, and may have been illegally abducted by a foreign government whose key operatives felt rankled by the fact that Mr. Rusesabagina would liberally use his new-found freedom of expression while abroad as a Belgian citizen against the Kagame government. Belgium, it must be pointed out, ruled Rwanda as the former’s colonial possession until July 1962.

For the present writer, however, the significance of Mr. Rusesabagina inheres in the fact that for more than two decades, this apparent victim of President Kagame’s Kangaroo judicial tactics was unquestionably globally recognized as one of the few genial spirits and conciliatory elements in a country that was tragically and inexcusably convulsed with an act of barbarism the level and extent of which had not been experienced in that part of the African Continent for quite a remarkable while. Then also, I was inspired to take up the story of Mr. Rusesabagina because I have personally taught the movie “Hotel Rwanda,” with Mr. Rusesabagina’s role as a Hotel Manager played by Don Cheadle (aka Donald Frank Cheadle, Jr), the renowned African-American actor, in some of my Principles of Journalism classes in the recent past.

Then also, not very long ago, Mr. Rusesabagina, I have been told, gave quite a masterful presentation – I was not able to attend – at the State University of New York Community College where I have been teaching for almost 24 years. There also clearly appears to be a sharp ethnocentric edge to the arrest and prosecution of Mr. Rusesabagina, which the African Union’s leaders and the global community ought not to fail to seriously recognize as such and vigorously deal with. Of course, it would not be Rwanda if tribalism was not front and center in the Rusesabagina trial.