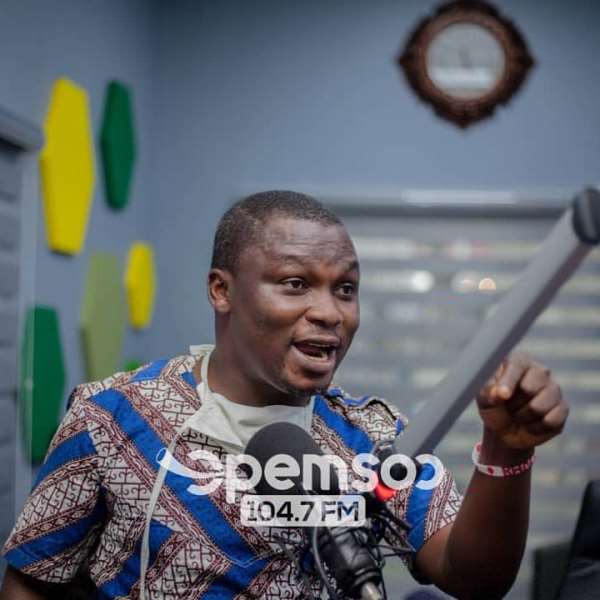 The General Secretary of Kumasi Youth Association (KuYA) has made a passionate appeal to the Electoral Commission of Ghana headed by Mrs Jean Adukwei Mensah to as matter of urgency reduce the filing fees for Presidential And Parliamentary aspirants in the upcoming December 7 Polls. This is to prevent our young democracy turning into "moneycracy" where the rich and affluent would always have the upper hand in contesting for the highest office of the land.

Contributing as panel member on Boss FM's flagship program 'Good Morning Boss" hosted by the legendary Wofa Kofi Appiah, Mr Kwabena Frimpong was of the view that the amount is outrageous and unthinkable to be accepted."How can the filing fees for presidential election be increased from 50,000 cedis in 2016 to 100,000 cedis in 2020, representing a 100% increase?" Such an astronomical increase he said could muscle out the smaller political parties, making the nation duo party and no longer multi-party democracy.

Walking listeners through the memory lane, Mr Frimpong revealed that in 2008 and 2012 the filing fees the presidential aspirants was 5,000 cedis, was increased to 50,000 cedis in 2016, representing 1000% increase. Various political parties, as well as Civil Society Organisations, criticised the then EC led by Charlotte Osei, but just within four years, the figure has been pegged at 100,000 cedis.

Mr Frimpong further posited that this trend of arbitrary increase in the filing fees could possibly breed corruption and also weaken the already weak smaller political parties. Should the politician pay such an amount before the real campaign cost, what should we expect from them, when they have political power in their hands?

More to that, Mr Frimpong argued that the smaller parties would struggle to host a competitive campaign. Ghana is practising multiparty democracy though but as we all know, the New Patriotic Party (NPP) and the National Democratic Congress(NDC) have dominated our political atmosphere since the inception of the fourth republic. "If only filing fees alone would cost these minor political parties such an amount, how then can they fund their national campaign?" He retorted. He revealed that the situation currently on the ground is that the two major political parties, NPP and NDC have been paying for the smaller once and as such the latter are not of their own rather do the bidding of the two major parties.

Mr Frimpong added that even the major political parties find it sometimes difficult paying such filing fees More often than not they are compelled to seek donor support from foreign agencies and philanthropists, which mostly come with conditionalities, as there is no free lunch anywhere.

"The EC should not use the filing fees as a means of funding the electoral process, we all know the EC's budget is funded by the Government of Ghana as well as our foreign partners who support our fledgeling democracy"

He concluded that it would be better for the EC to maintain the filing fees for 2016 elections rather than increase it, bearing in mind that the COVID-19 pandemic has thrown our economy overboard.