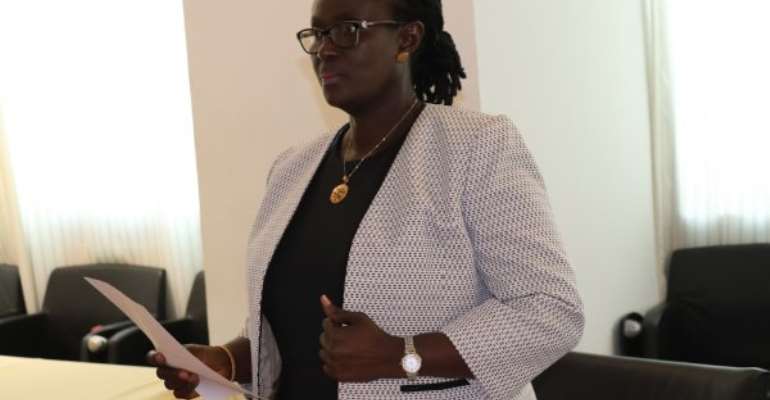 The Attorney General (AG) is praying an Accra High Court to dismiss the case of seven Civil Society Organizations (CSOs) and four persons who sued the NPP government over alleged mining of bauxite in the Atewa Forest Range.

According to the AG, the seven CSOs and four private citizens were "mere crying wolf."

In a statement of defence filed by Mrs Dorothy Afriyie Ansah, Chief State Attorney on behalf of the AG, over 20 points raised by the plaintiffs have been denied by state.

The AG in response to the case of the CSOs and four private citizens, denied that government had started searching or prospecting for minerals on or over land within the Atewa Forest Range without a mineral right and in flagrant abuse of the Mineral and Mining Act.

The state further denied that government refused to engage communities and environmentalists who maintained that strip mining was not sustainable.

"In deed, the actual mining in such a minute fraction of the area will not be hazardous to the forest and any species that live within."

According to the AG "not the entire Atewa Forest is Globally Significant Biodiversity Area (GSBA)."

The AG said with the adoption of responsible and environmentally friendly techniques, no environmental havoc would be caused to the Atewa Forest.

"In deed, various institutions including; the Environmental Protection Agency and GIADEC would ensure the protection of the environment through sustainable mining practices", the AG added.

According to the defendant (AG) government in ensuring the protection of the environment and spices, had set up a Standing Committee, which comprised various mining and environmental regulatory agencies and commissions to ensure optimum adherence to responsible and sustainable practices, to protect water bodies and spices within the mining area.

The AG argued that many countries such as Brazil and Australia, had successfully conducted mining activities in Forest reserves such as Amazon Rain Forest and Jarah Forest under well supervised sustainable mining practices.

According to the AG, mining activities was successfully conducted in some forest reserves in Ghana and Environmental and Social Impact Assessment (ESIA) had been conducted to ensure proper reclamation and afforestation projects in mining areas.

The AG noted that bauxite mining was only done on surface of about "4m to 15m".

In July this year, CSOs and four private citizens, jointly sued the Government over the exploration and drilling of deep wells in the Atewa Forest Reserve.

Mr Martin Kpebu, the counsel for the plaintiffs filed the writ against the Attorney General at the General Jurisdiction Court (High Court) Division.

The plaintiffs, in their writ, are seeking an order compelling the Government and its agents to declare the Atewa Range Forest (ARF) as a “Protected Zone” and take steps to protect the forest in accordance with its constitutional obligation, as contained under Article 36 (9) of the 1992 Constitution.

They are seeking an order directed at the government to restore and pay cost for the restoration of damages that had been caused to the ARF.

The plaintiffs are also seeking a declaration that the mining of bauxite in the ARF violates the right to life and dignity, as enshrined in the Constitution.

According to them, the right to life and dignity, as enshrined in the Articles 13 and 15 of the Constitution, included; the right to have the environment protected for the benefit of the present and future generations.

They were therefore, praying the Court to restrain government, its agents, workmen, Allotees and guarantees from undertaking mining and its related activities in the forest.

“Government has a greater responsibility to protect and safeguard the environment and address Climate Change, and secure biodiversity as obligated under two international conventions that it is a signatory to.”

The plaintiffs said, government, however, in 2017 signed a Memorandum of Understanding (MoU) with the Republic of China, with the ARF as one of the sources of bauxite.

“Based on the MoU, government commenced with the prospecting of minerals and in flagrant disregard of Section 9 of the Minerals Act 2006 (Act 703) as amended,” the plaintiffs said.

They said government, through the Integrated Aluminum Development Corporation (GAIDEC) entered the forest in May 2019 and as at the time of filing the writ, 53 deep wells had been drilled.

They were not against government's quest to mobilise revenue by exploiting Ghana's natural resources for national development, they pointed out.

However, Ghana did not need to exploit the Atewa Forest Bauxite reserve because there were other bauxite reserves, they said.

The plaintiffs averred that GIADEC estimated that there were 900-million tonnes of bauxite minerals across Ghana, with Nyinahin alone, holding 700-million tons (77.98 per cent) while Awaso and Kyebi had 60-million (6.68 per cent) and 160-million (17.8 per cent) respectively.

Hence more than 82 percent of Ghana's bauxite could be mined without compromising the existence of the ARF.