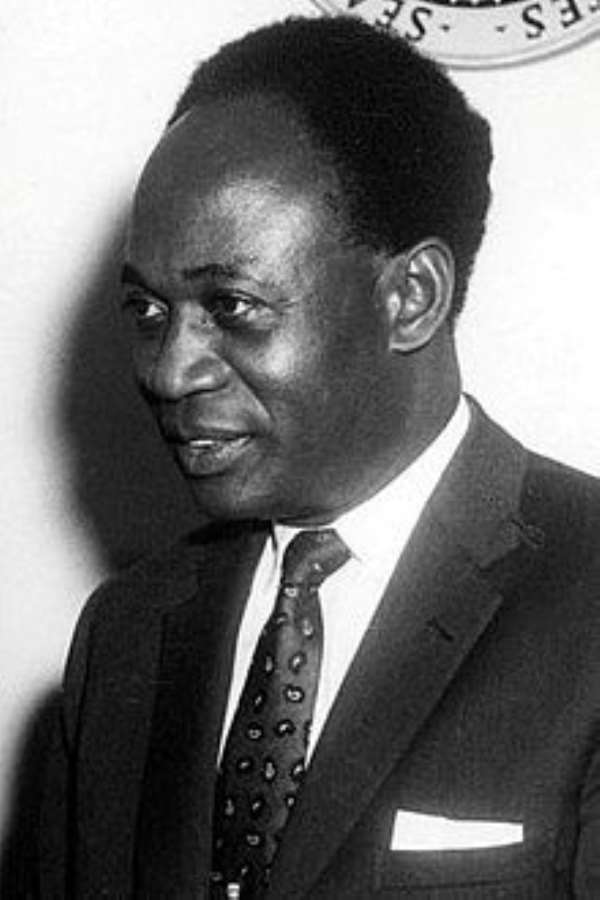 There are indeed those Ghanaians with myopic, uncritical, and ill-considered notion that Nkrumah was one among many that fought and gained independence for Ghana. There are also those with the propagandist narrative that Nkrumah, by some similarly empowered action of a veritable deux ex machina, descended from the skies to solely “fight” for independence for the country.

All these people are misled. Because if we construe the word independence in its strictly semantic form and make it coterminous to true freedom, liberty, justice, and the pursuit of happiness, Nkrumah gave none of its ingredients to the Ghanaian people. Rather, he deprived the country of the existing freedoms even under colonial rule and converted it to a total dictatorship. So when and where did Nkrumah’s independence occur? And where and when did he engage in any independence fight for the country?

Those who follow this kind of phantasmagoric narrative that Nkrumah fought for independence for the country; or gained independence for Ghana; or deserves any quantum of credit for whatever independence exists in Ghana, are the arrant revisionists of Ghana’s historical record, not its true advocates or patriots. This is because Nkrumah had no role in the independence struggle in Ghana, as far as the etymology and meaning of the word “independence” apply.

Instead, he was its greatest foil and false prophet, an aficionado of dictatorship and an enemy of the people. And if those who give him any smidgen of credit for our so-called independence are reflective enough to reconsider the real and undiluted implications of the word “independence” in the universal political context, they will all wake up from their delirium and correctly regard Nkrumah for what he is.

For countries like America that began using the term independence, that word was considered co-equal and co-extensive with the elements of freedom and liberty which are embodied in the bill of rights of the citizens: The right to procedural and substantive due process, to habeas corpus, to freedom of association, of the press and of speech and religion. These are the basic elements of a pluralistic, free and truly independent society. And so the founder or father of any independent society is measured by these salient elements of freedom and liberty; and the founder or father of any truly democratic society is the one whose ideas guard and guide the society within the context of these core principles.

Nkrumah, apart from alluding to these principles in empty rhetoric and hollow hortatory, never applied any independence concept in his rule. He abolished the pluralistic society, imposed imprisonment without trial, removed the franchise, persecuted labor unions, interfered with due process and the justice system and made himself a god and demigod, an imaginary fountain of wisdom from which the nation was required to quench its imaginary thirst. Ghana became Nkrumah and Nkrumah became Ghana; and all those who deferred to his notion of what ought to be were imprisoned or killed.

But politics has an evolutionary trend, just as in all human endeavors: We usually begin from the very worst and go on to progress to the very best. And at some points in history, we can misconstrue certain leaders as great when they were indeed the worst. But even if a person is presumed to be a father or founder of a nation at one period in history, his ideas and philosophy may be overturned and replaced with new ideas and philosophy of governance. When this happens, it stands to reason that the leaders of the old forms of governance cannot remain in his historical position.

Rather, the country will need to re-arrange its perception and hold invalid those archaic forms for which its extreme sufferings emanated; and, without fear or regret, accord due recognition to the bearer of the new and prevailing ideas and philosophy for which the nation thrives. Like the ancient gods, the old rulers must give way to the new patriots in whose vision the country thrives.

In France and many countries in Europe for example, the founding fathers are not those tyrants and dictators that were eventually overthrown. Rather, that accolade is reserved for those who overthrew the previous tyrants and replaced the status quo with true freedom and liberty for the people. It is not enough that some form of tyrannical government existed before these new forms evolved.

This country is a secular democratic republic, chosen by the people as its form of government. Those who mouth or are mouthing any other form of government are to be deemed threats to our democracy and dealt with according to law. They can never be viewed as our heroes and tagged with honors which their actions repudiate. If anybody overthrows this democracy, that person is to be executed, and those who reverse the process of the new regime honored. Our constitution guarantees all these remediations for those who will be mad enough to usurp our democratic government.

And so exactly which parts of Nkrumah’s philosophy or principles of governance can prevail in the context of the foregoing? Methinks all his leadership principles are toxic and poisonous to our democratic country. And a declaration of any statutory holiday for him runs counter to the new dispensation and makes a joke of it. .

No matter what his supporters and minions say or do today, it is an irrevocable fact that Kwame Nkrumah was wandering aimlessly in the United Kingdom when, upon the persuasion of Ako Adjei, the UGCC bought his passage from that country to Ghana to help wrest independence from the British colonialists. He traveled back to Ghana with a game plan to supplant the UGCC leadership and to divide up the front of the freedom fighters. In all these, he displayed great ingenuity and eventually became President of the new nation.

But that is where the story ends: He persecuted his benefactors and incarcerated them without trial. He abolished free speech and free association. He foreclosed pluralism in politics, emplaced his effigy on the national currency, appropriated the legislative and justice systems for his sole purposes, imposed the reign of terror upon the new nation and squandered the country’s resources in a continental adventurism to become ruler of Africa.

As we speak, each one of his leadership principles and philosophies has become anathema to our democratic country: No President of this country can declare the nation one-party state with himself as President for life. No President can abolish the freedoms enjoyed by the press, promulgate laws to incarcerate his opponents without trial, or misbehave himself in any of the numerous ways in which Nkrumah misbehaved himself.

Nkrumah’s misbehaviors rather serve today as the lessons of history for the African leadership conundrum, and those Presidents that have followed in the leadership style of Nkrumah are those nowadays ostracized, exiled or characterized as the rogues and pariahs of their nations which no sane leader can emulate. The obnoxious and primitive leadership style of Nkrumah remains ardent lessons for the African leadership philosophy, and each truly independent and democratic country necessarily shuns his type of leadership conduct.

So exactly how is Nkrumah important in the political history of this country today, such that we must declare a statutory holiday for him? The fact that we can have any space in our country’s independence history for such a rogue and a scoundrel reflects our own moral opprobrium, and is a testament that we have not evolved away from the back-stabbing and odious shenanigans which Nkrumah disgorged into the political space of this country. And the fact that we are not ashamed to regard him as a father and founder is still a castanet of our conflicts and dilemmas as a nation. Our vulnerability and gullibility to the whims and caprices of this disgraceful tyrant is one more evidence of our inability to distinguish between the good and extremely bad.

This may well explain our plight as a nation and a visceral reason why we have not made any headway since independence: We celebrate Nkrumah’s corruption of mind and soul as a pathway to political leadership. And so the country is psychically doomed,

We should correct all these mistakes. We should speak the fulsome truth that Nkrumah does not represent the present ethos and mores of our nation-state; that our nation-state has purged itself of one-party state, of life presidency, of incarceration without trial, of tyranny and dictatorship, and of the toxic leadership of that wicked person called Kwame Nkrumah.

Finally, we should install into the cradle of our nation’s inchoate history those who shed their blood so that our nation will thrive and become: Osagyefo Dr. J. B. Danquah and the rest of the true founding fathers.

This is the truth which we unabashedly and solemnly declare on this dark day on which the worst leader of this country was born: Sasabonsam Kwame Kofi Nweah Nkrumah Ngolomah, the last of his name!