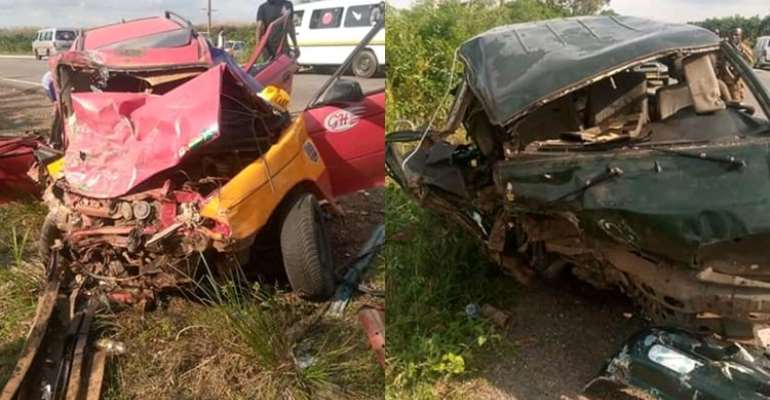 Four persons have been confirmed dead after a head-on collision involving two vehicles on the University of Environment and Sustainable Development stretch near Akorley at Somanya in the Yilo Krobo Municipality.

An Opel Astra and Hyundai minibus were involved in the crash.

The incident claimed three lives on the spot with another later passing on at the hospital.

This is the second time in the region in less than a week after 14 others passed perished at Kyekyewere on the Accra-Kumasi Highway.

The Hyundai vehicle, according to sources, veered of its lane and collided with the Opel Astra, which was heading in the opposite direction.

Reliable information from the Atua Government Hospital indicates that a total of 25 casualties were brought to the facility after the crash late Saturday evening, with the dead including three male children between the ages of 4 and 9 and a woman believed to be in her 30s.

Out of the 21 survivors who were sent to the Atua Government Hospital for treatment, 7 have since been transferred to the Regional Hospital in Koforidua for further treatment.