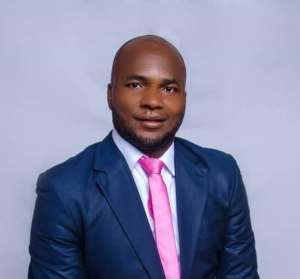 Nigeria's Youth Face Nigeria is the most populous country in Africa. It has approximately 210 million population. Nigeria has the third-largest youth population in the world, after China and India, with more than 90 million of its population under the age of eighteen.

While this is considered as a huge human resource, the youth also face unprecedented challenges including growing unemployment and insecurity resulting from ethnic conflicts.

As Nigeria is persistently engulfed with so many challenges and problems, it requires systematic well-defined approach in order to overcome them and make way for peaceful and promising future for the youth. Retaining well-trained professionals has been identified as one of the goals of the government. The current situation still makes the future bleak for majority of them. Some say there is hope on the horizon, only if economic policies generate needed employment, youth policies backed by adequate funds by Federal Government of Nigeria.

In this interview, Kester Kenn Klomegah met with the former candidate of the Social Democratic Party (2019) for House of Representatives and now the President of the Middle Belt Youth Council, Hon. Emmanuel Zopmal, where he talks about current situation, the challenges and the way forward. Here are the interview excerpts:

Q: Why the youth are showing increasing signs of frustration these few years especially those in middle belt of the Federal Republic of Nigeria?

A: That is very interesting. I would say that frustration, in any way, is part of human life. It could come at any time. There are conditions that make someone to be under frustration. In this instance, harsh situation or condition one faces in life without sign of overcoming it. This makes a person frustrated. It usually comes with worry over certain particular situation.

In the Federal Republic of Nigeria, the Middle Belt is a region that has been under immense pressure from politics and economy. Then the socio-cultural condition has also influenced our lives. The worse now is the high insecurity existing in the country. These factors are, indeed, contributing to the frustration perception we're talking about here. You can imagine a society of people facing these forms of structural violence for these several years and there is no sign of overcoming these situations.

Q: In your objective assessment, what has contributed to the growing unemployment in the country, considered as the Giant of Africa?

A: Unemployment is an economic index. It can be relative in nature. People are employed in formal or informal economy. The extent to which people need to live an average life with an appreciable level of income that can provide for basic needs should be the major concern of unemployment index. Unemployment perception varies as well. For example, there are two categories, those in the public sector and those in private.

Growing unemployment index can be attributed to mismanagement of the economy. Economy of every country determines how the country is structured, administered and managed for the benefit of the broad majority of the population. Without this, a country will definitely face high unemployment rate.

Secondly, the system of education plays a role here, the most important aspects that contribute to unemployment perception index. Innovative education produces a high quality of graduates who can create jobs. The standard of education should not be conservative. Research and public policy on education help to get out of this problem often referred to as unemployment.

Frankly speaking, it is difficult to understand why Nigeria claims the Giant of Africa. Perhaps, this claim is only by its huge population. Besides that, Nigeria is not a Giant of Africa.

Q: What are your views about the policies of the Federal administration in addressing problems of the youth, especially young graduates?

A: If the government focuses on research and policy, it will help in addressing the problems of youth. Anyway, one cannot actually measure what are the real problems of the youth, especially young graduates. As earlier mentioned, programs such as innovative education will help graduates to overcome employment challenges. Of course, innovation comes through talent or through research. This development can bring changes in the status quo. People will have access to new ways of doing things that help their lives.

Q: Does the current constitution adequately guarantee youth’s welfare? What are the pitfalls in the implementation of aspects of the Constitution that connect or relate with youth?

A: Unfortunately, I look at welfare as benevolence. It makes the younger generation too dependent and unproductive since government provides their welfare. Youth empowerment should simply be a question of policy not constitution. Nigeria's 1999 Constitution only provided policy, the issue of youth is not mentioned. It talks only about welfare of the "citizens" in the country. In my candid view, capacity of education and skillset of the youth should be the welfare package of our government.

Q: As former candidate of the Social Democratic Party (2019) for House of Representatives, do you still press for youth issues?

A: In the African context, I am still among the youth. Youth is my major constituency. As a former presidential candidate of the National Youth Council of Nigeria (2015), I had my youth policy programs as the key manifesto. I will continue to press for youth's political participation, contemporary educational standard, skillset, and empowerment.

Q: And now as the President of the Middle Belt Youth Council, what do you consider as the main challenges and the way forward for the youth in Federal Republic of Nigeria?

A: At the moment, the future of our youth must be secured by curbing the ravaging insecurity in the country. With the current rampant insecurity, we cannot move forward. Secondly, the attitude of growing nepotism by government officials in public offices, this culture is bad for our youth. It has to be checked in order not to transfer it to the youth. Government has to take the youth as its national priority. Deliberate policy programs in technological advancement will open up the new horizon for the youth. The youth have to be fully engaged in meaningful activities.