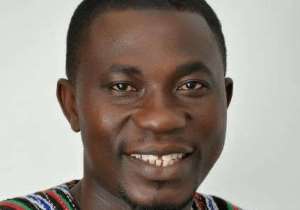 The Member of Parliament for the Ashaiman constituency, Ernest Henry Norgbey says the Electoral Commission (EC) quickly restored his name on the voters' register after he raised concerns over some 21,000 names that were omitted from the electoral roll.

According to the MP, the EC has so far restored 14,000 omitted names on the constituency’s register.

“I raised the concerns yesterday [Friday] and in less than 24 hours, they have managed to restore about 14,000 names including myself. Where did they get the names of the 14,000 people from? That is the question we should be asking the EC.”

He has however given a 48-hour ultimatum to the Electoral Commission to restore the names of some the remaining 7,000 prospective voters he said have been removed from the register in the Ashaiman constituency.

“We believe that we are still short of about 7,000 people. We want the EC to restore the 7,000 names or face the wrath of the people of Ashaiman. We are giving the EC 48 hours to restore the names of the remaining 7,000.”

According to him, this is a deliberate attempt by the Electoral Commission to disenfranchise some persons within areas perceived to be strongholds of the opposition National Democratic Congress.

“We are also aware of the massive deletion of names in other strongholds of the NDC such as Kpong Katamanso. I urge all supporters to go to the centres and check that their names have been captured in the register,“ he said. Background

The Member of Parliament on Friday, September 18, 2020, alleged on Eyewitness News that his name, as well as that of 21,000 other registered voters, had been deleted from the electoral roll.

“We have identified over 21,000 names that have been deleted from the register and it is just unfortunate that this has happened. We had a very peaceful registration in Ashaiman. There was no chaos. There was nothing untoward and at the end of the exercise, everything was smooth.”

“So it shouldn't be that during the exhibition, our names will not be on the register, including myself, the MP of the constituency. It's just unfortunate that this is happening. Be that it may, it also appears that it's a deliberate attempt by the EC to remove certain categories of people from the register because if you look at the number of people from both the Volta Region and the Northern Region that have been deleted, it could be a deliberate attempt,” Mr. Norgbey said.

But the Director of Public Affairs at the Electoral Commission, Sylvia Annoh however disputed the claims made by the Ashaiman MP.