Mahama Promises One TVET, One District 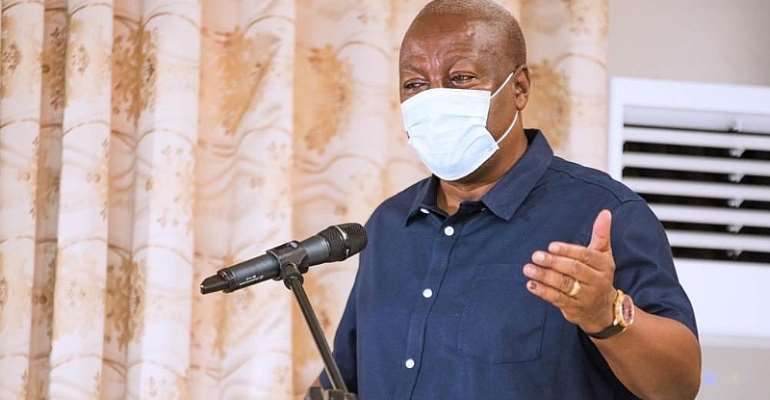 Former President John Dramani Mahama has promised to establish Technical and Vocational Education and Training (TVET) in every district to enable school dropouts to acquire some skills in attaining jobs when elected in the upcoming 2020 polls.

Mr. Mahama speaking at the commissioning of a cassava flour factory at Kintampo in the Bono East Region, said the policy is aimed at creating more opportunities for the youth.

“We have planned to establish Vocational and Technical Education Training Centre so that persons who could not further their education to acquire some skills being it sewing, hairdressing, carpentry or anything vocational so that they can also acquire some skills and start a career for themselves and become better persons in the future.”

He (Mr. Mahama) also promised to establish crop processing zones across the country when elected in the upcoming general elections.

“It is not only the farming that matters, but we also need to consider the plight of farmers who are unable to sell their farm produce. We will add value to them with the establishment of factories at many places to help the farmers sell off their produce.”

Mahama was disastrous in managing Ghana’s education — NPP’s ...
34 minutes ago