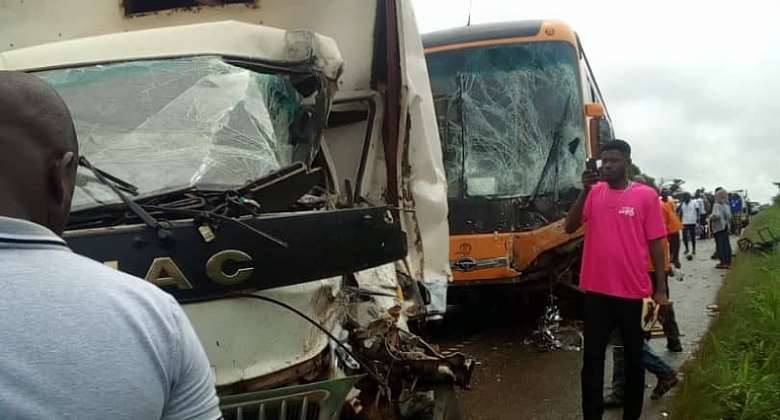 Three persons are in a critical condition after vehicles they were travelling in got involved in a road crash at Konongo-Odumase in the Ashanti Region on the Accra-Kumasi highway.

Four vehicles were involved in the incident.

According to police report, the incident occurred after a Metro Mass Transit hit two vehicles in its lane after one of the drivers stopped abruptly in the middle of the road.

The injured persons were rushed to the Konongo-Odumase Government Hospital.

About seven of them who sustained minor injuries have been treated and discharged while three are still on admission at the hospital.