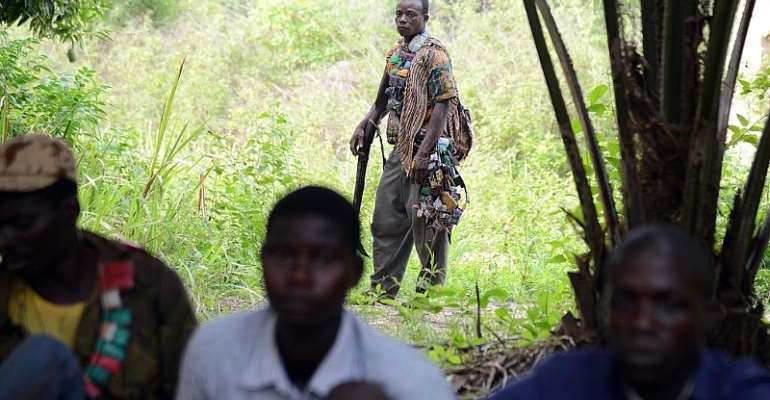 A former presidential guard head who worked for deposed Central African Republic President François Bozizé was arrested in France for alleged torture and complicity in crimes against humanity, according to a statement by the French Anti-Terrorism Prosecuting Authority (PNAT) released on Saturday.

Former presidential guard Eric Danboy Bagale, 41, was arrested in Besançon, eastern France on Tuesday and placed under judicial investigation on Friday, according to PNAT.

Bagale wore two hats during the crisis in the Central African Republic according to prosecutors, as head of the presidential guard, and then as the head of the anti-Balaka militia, a so-called self-defence force.

In addition to alleged torture and complicity, he was also indicted for the “criminal association for the preparation of a war crime” for acts committed between 2007 and 2014, according to the statement.

Bagale was named as one of the “liberators” who helped then-general Bozizé seize power from Ange-Felix Patassé in a coup d'etat. Both the one-time president and Bagale are from the same Gbaya ethnic group. He then was named as the head of the anti-Balaka, which was formed to fight the Seleka militia from northern CAR.

During this time, a number of massacres were committed by both anti-Balaka and Seleka, which the United Nations estimates at between 3,000 to 6,000 people, primarily civilians, were killed, with thousands more fleeing the country or became internally displaced.

Bozizé was eventually overthrown in 2013 by Michel Djotodia, the head of the Seleka militia, which sparked more violence.

Although the former president is still under UN sanctions for his role in the 2013 crisis, he returned to Bangui from exile in Uganda last December, and accepted his Kwa Na Kwa party's nomination in July.

The 1992 constitution is a tool for stealing, rigging and pl...
34 minutes ago