This Explains Why You Must Eat Ginger, And Cinnamon Every Day 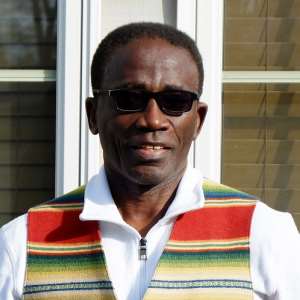 USE GINGER & CINNAMON DAILY
“Food is not merely calories; it is information that talks to your DNA, and tells it what to do. The most powerful tool to change your health, environment and entire world is your fork”

-Dr. Mark Hyman.
On the whole, plants contain immune-boosting, and health-promoting compounds which when consumed regularly,

. Help to Prevent excessive weight gain.
Recommendations:
Incorporate plant products in your daily diet. This will maintain your health and prevent you from developing chronic diseases.

Most of the studies have been done in the laboratory, in cells, and on animals. More studies are needed to apply the findings to the general population.

However, the benefits of consuming natural plant products, far outweigh any potential health hazards that could arise from the consumption of plant foods.

It is the gingerols that give ginger its pungent smell.

In dried ginger, the gingerols lose their water content to form the shogaols (terpenoids, alkanes, and paradols). The shogaols give dry ginger, its pungent smell.

. Ginger is used as spicy food; it is chewable.
Grinded ginger is used in foods, drinks (ginger-tea), for douching, or administered as ginger enema

GINGER AND CANCER PREVENTION
Ginger has protective effects on the body against inflammations and, Cancer development.

The gingerols help protect against abnormal cellular growths, mainly because they exhibit

Any processes that promote mitochondrial health, activate the longevity genes.

When mitochondria are not working properly, the cells cannot get rid of their waste products.

The accumulation of waste and abnormal products in the cells lead to the following diseases.

. In the brain neurons, it leads to dementia, multiple sclerosis, Parkinson's

. In the muscle cells, it leads to muscle diseases.

. It can also lead Diabetes and Cancerous cells formation

This means if you are on blood thinner medications like warfarin, taking ginger may cause mucosal bleeding.

Researchers have found out that, if one has regularly been using ginger, prior to starting the blood thinners, the ginger does not affect the activity and paths of the blood thinning medications in the body.

Recommendation: use ginger, every day.
CINNAMON TREE
Cinnamon has been used traditionally in food preparations and as herbal medicine to treat several ailments and their symptoms.

Cinnamon is derived from a Greek word that means Sweet Wood

The main bioactive components in the essential oils of cinnamon is Cinnamaldehyde (cinnamic aldehyde) (C9H8O).

Cinnamaldehyde is a yellow oily liquid with a cinnamon odor and sweet taste.

Cinnamon has many nutrients, including large amounts of minerals and vitamins,

CINNAMON EXTRACTS AND CHOLESTEROL (4)
Daily use of cinnamon improves lipid profile.
In a study done on diabetes patients who were given cinnamon extracts for 40 days, their Triglyceride, Total cholesterol, and Bad cholesterol levels dropped nearly 25%

CINNAMON EXTRACTS AND CANCER PREVENTION (4)
Cinnamon extracts have been shown to inhibit the development of cancer cells via several mechanisms;

. Suppression of tumor-promoted inflammation, by inhibiting the activity of NFkappaB and AP1

, Immunomodulation
Laboratory test indicate plants product are valuable in the treatment of cancers, more research and clinical trials are needed before they could be used for cancer treatments.

Cinnamon is as effective as simethicone in improving indigestion and dyspepsia symptoms.

Daily consumption of cinnamon is helpful
CINNAMON EXTRACTS AS ANTIMICROBIAL AGENTS. (4)
. Cinnamaldehyde destroy the cytoplasmic membranes in both gram negative and gram-positive bacterial cells. It also depletes ATP concentration in the cells of microorganisms.

Many studies have shown therapeutic effects of cinnamon including its

Safety: cinnamon is safe. In a study during which humans used up to 6 g/d of cinnamon for 6 weeks, there were no adverse effects.