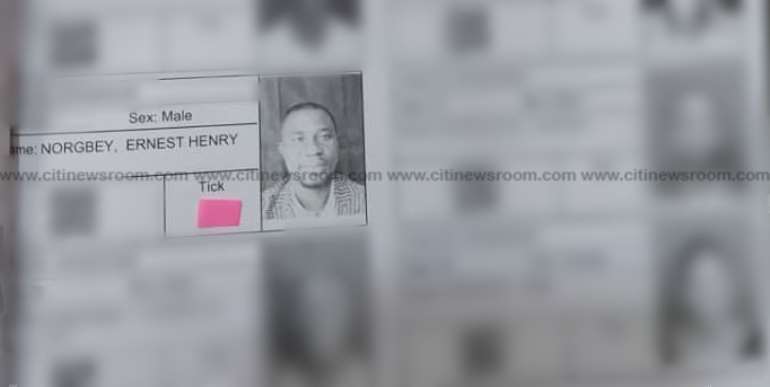 The Electoral Commission (EC) has disputed claims that the name of Ashaiman Member of Parliament, Ernest Norgbey has been missing from the 2020 provisional voters’ register.

The Member of Parliament on Friday, September 18, 2020, alleged on Eyewitness News that his name, as well as that of 21,000 other registered voters, had been deleted from the electoral roll.

He accused the EC of deliberately removing such names from the register to disenfranchise them.

“We have identified over 21,000 names that have been deleted from the register and it is just unfortunate that this has happened. We had a very peaceful registration in Ashaiman. There was no chaos. There was nothing untoward and at the end of the exercise, everything was smooth.”

“So it shouldn't be that during the exhibition, our names will not be on the register, including myself, the MP of the constituency. It's just unfortunate that this is happening. Be that it may, it also appears that it's a deliberate attempt by the EC to remove certain categories of people from the register because if you look at the number of people from both the Volta Region and the Northern Region that have been deleted, it could be a deliberate attempt,” Mr. Norgbey said.

But the Director of Public Affairs at the Electoral Commission, Sylvia Annoh however disputed the claims made by the Ashaiman MP.

Snapshots of the provisional register from the Ashaiman constituency sighted by Citi News show the name of the Member of Parliament, his photograph and other registration details intact.

Sylvia Annoh told Citi News that the total number of registered voters captured in the provisional register in the Ashaiman constituency stands at 160,058, below a figure in excess of 167,000 names the Member of Parliament quoted on Eyewitness News on Friday.

On claims that some 21,000 voters have been omitted from the register in Ashaiman, Sylvia Annoh said although she disagrees with the allegations, there are processes in place to take care of such issues.

“You are mentioning a very huge figure, 21,000. So let those individuals go to the centres, if they go, and they are denied, they will be given inclusion forms if their names are not in the exemptions list or the multiple lists for them to be included on the voters’ register,” she said.