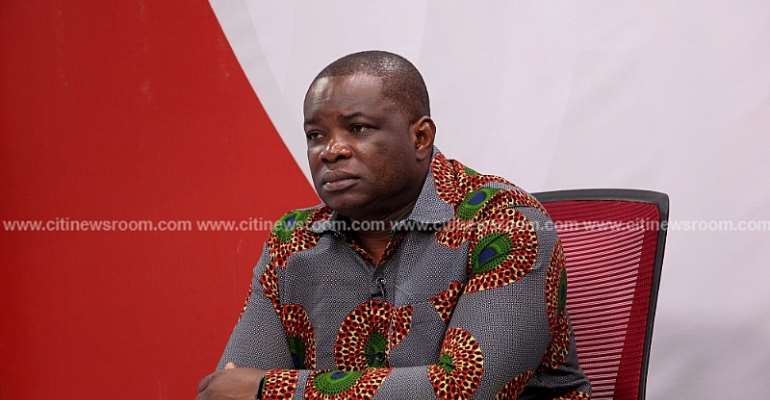 The Ranking Member on Parliament's Roads and Transport Committee, Kwame Governs Agbodza says the governing New Patriotic Party’s (NPP) promise to give okada riders brand new vehicles on a lease basis is the highest joke of the century.

In response to the debate on the legalisation of okada, Vice President, Dr. Mahammudu Bawumia said the governing New Patriotic Party (NPP) will provide a better alternative to such means of transport by offering okada riders with new vehicles which they will work with and pay in instalments.

Bawumia insisted that the NPP’s alternative is safer than the NDC’s proposal.

According to Dr. Bawumia, the okada business is a “risky venture” and will not be legalised by the governing party.

“You don't want to finish graduate school and then make a life from okada riding. You can have a better option, and we will give you a better option. So yes, we will not legalise the okada business in Ghana. It may be a tough decision but it is in the interest of Ghanaians. We are having discussions, but we will stick to our decision to provide a better alternative for the okada riders. Let’s give them an opportunity to buy safer vehicles through lease and pay over time. It is a better option than what the alternative is,” he said earlier in the week.

But Mr. Agbodza is sceptical about the NPP’s alternative to the okada business.

“I heard the Vice President say that they are going to give the vehicles [on lease basis] which we all know is a total joke because VW is not assembling any cars here.”

“When you see a vehicle manufacturing plant, it can occupy half of Adabraka. VW just has a car that is fully built, and then they take the engine out and the tyres out and come and put it together in a small garage somewhere [in Ghana], and they say they are assembling vehicles. That is deceptive.”