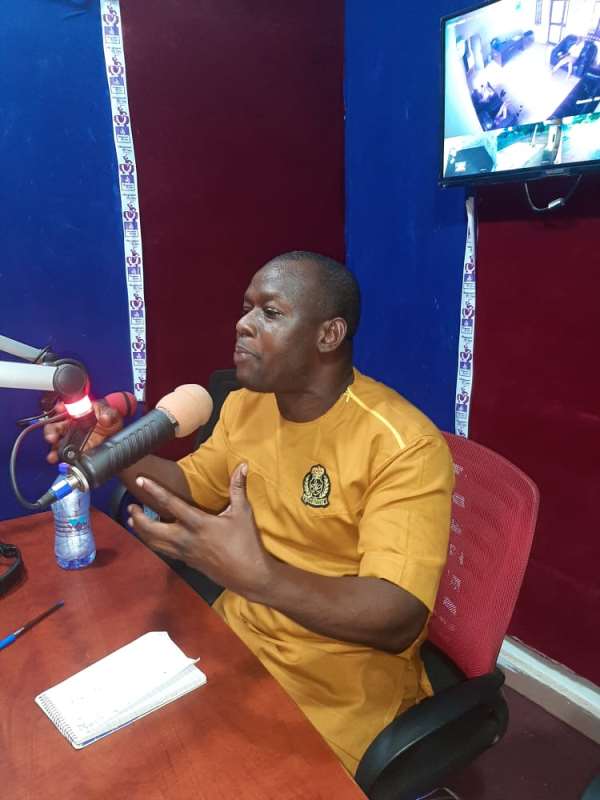 The National Democratic Congress Parliamentary Candidate for Jirapa Constituency, Hon Cletus Seidu Dapilaa has bemoaned the bad nature of roads in the constituency.

According to him, the terrible nature of the roads in the constituency has been affecting movement, trade and other forms of economic activities as some of the roads are not motorable especially in the raining season.

"A good road network will open up the area for economic activities that will improve the living standards of the people," he intimated.

He made the comments while speaking to Tumpaani FM on a one on one interview with Barrister Enock, the hotnews program host of Tumpaani 88.5mhz, located in Nadowli, the district capital of the Nadowli/Kaleo district.

He emphasized that when given the mandate as the Member of Parliament for Jirapa Constituency, he would consider ensuring that there are good roads within the area.

He added that his track record as former Chief Executive of the Jirapa District, now Jirapa municipal, is well known to the people and hence people should consider experience and track record in the upcoming parliamentary and presidential elections.

Apparently, the politics of roads has been dominating this year's campaign, suggesting that many of the electorates need good roads in their constituencies. You would recall that the government of Ghana dubbed this year as a year of roads but with few months to elections, many citizens are still complaining of lack of good roads in their areas. The Jirapa constituency is therefore not an exception. It is predictably obvious that roads will have a major part to play in this year's election.

The Jirapa constituency being a traditional seat of the National Democratic Congress, and the fact that he has a good track record, having occupied the position of the District Chief Executives, many believe that he is going to win the impending elections decisively.