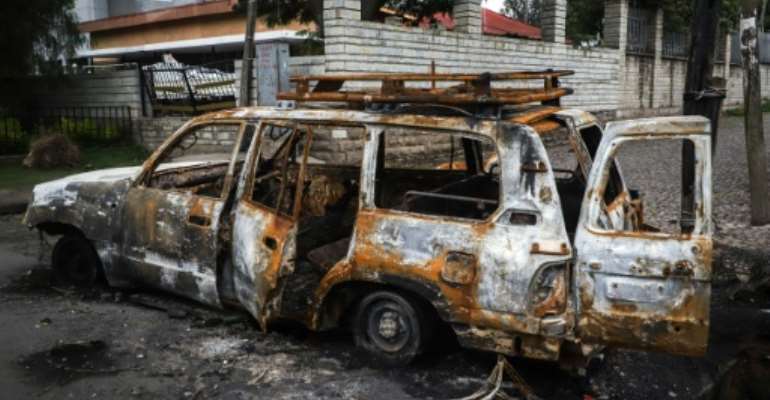 The charges relate to violence that erupted after the death of a popular singer. By - (AFP/File)

Ethiopia announced Saturday it was charging leading opposition politicians Jawar Mohammed and Bekele Gerba with crimes including terrorism and incitement to violence, a move that risks further inflaming tensions in the restive Oromia region.

The charges -- which could bring life imprisonment -- relate to violence that erupted after the shooting death in June of Hachalu Hundessa, a popular singer from the Oromo ethnic group who gave voice to Oromo feelings of political and economic marginalisation.

Jawar and Bekele were among more than 9,000 people caught up in subsequent mass arrests that have stoked criticism that Abiy is seizing on the unrest to silence political opponents and critics.

These include "trying to incite ethnic and religious based conflict to cause citizens to turn on their fellow citizens".

Jawar's lawyer, Tuli Bayyisa, told AFP Saturday that he had not been informed of the charges but dismissed them as baseless.

"It's very astonishing. I'm 100 percent sure that, it might take years and years and years, but they will not prove these allegations if the law really works," Tuli said.

The attorney general's statement did not provide details about the charges, but Tuli said in Jawar's case they seemed to concern a scuffle over Hachalu's dead body that resulted in the death of a police officer.

"No single witness has consistently spoken about any crime... by either Mr Jawar or Mr Bekele," he said.

Jawar played a central role in anti-government protests that swept Abiy to power in 2018.

Abiy is Ethiopia's first Oromo leader, but he faces intense criticism from Oromo nationalists like Jawar who accuse him of being a poor advocate for their interests and behaving like a dictator.

Putting Jawar on trial risks fuelling violence in Addis Ababa and in Oromia, the country's most populous region which surrounds the capital.

Last month security forces shot dead at least five people in a crackdown on demonstrations against Jawar's detention triggered by reports he was not receiving proper medical care.

And last October scores were killed after Jawar accused security forces of trying to orchestrate an attack against him.

Jawar and Bekele, both members of the opposition Oromo Federalist Congress, are expected to appear in court Monday.