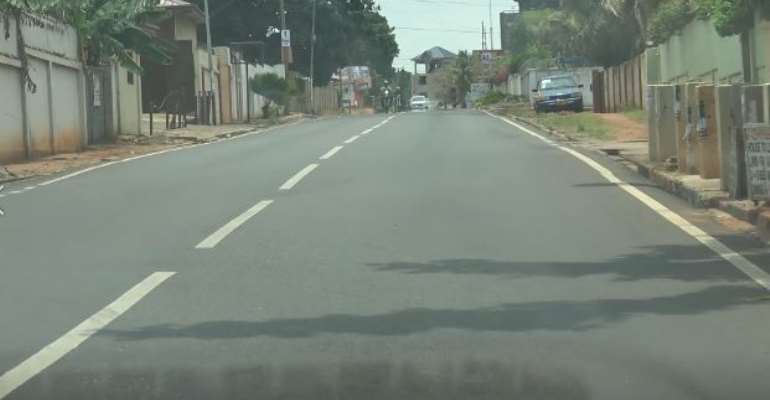 Some residents within the Okaikwei South Municipality of the Greater Accra Region have made a passionate appeal to government to prioritise rehabilitation works on inner city roads in the area.

Although the main road has been fixed, residents say other minor ones are yet to be worked on; a situation which is affecting their daily activities as well as businesses.

Citi News visit to the community precisely the Obonu street in the North Industrial Area show that community dwellers are unhappy about the development.

According to them, they are frustrated over the failure of authorities to fix the inner city roads.

An operator of a laundry service in the area lamented the impact of the on her business as customers are always angry at how the dust from the road affects their clothes thereby asking authorities to have the roads fixed.

“We are not completely happy because it was only the main road that was fixed. All the others have been abandoned so when it rains, it brings back the sand onto the main road. I sweep my shop more than four times in the day. Because I run a laundry, the dust destroys the clothes of my customers.”

One other resident, Evelyn Kwapong who is a seamstress also narrated how the situation is negatively affecting lives in the community.

“The poor nature of the road was a major problem for us. We are grateful that it has been partly fixed. When you construct a road and don’t tidy up the median and sides of the road all the filth comes back onto the road when it rains. So I think the work was not properly done.”

Another resident who runs a beauty salon said the poor nature of the road has more often than not, led to the destruction of some of her working tools.

In the midst of the concerns raised by the affected residents, the Municipal Director for Urban Roads in the Okaikwei North Assembly, Frederick Asare in a Citi News interview assured that work will soon be completed on the other portions of the road.

“Here at Okaikwei North we have 23 km asphalt road being undertaken by the contractor. Fortunately for us, the contractor has started the work and so far, he has done about 7 kilometres of the asphalt overlay. So we are expecting the contractor to finish the rest before the end of the year.”