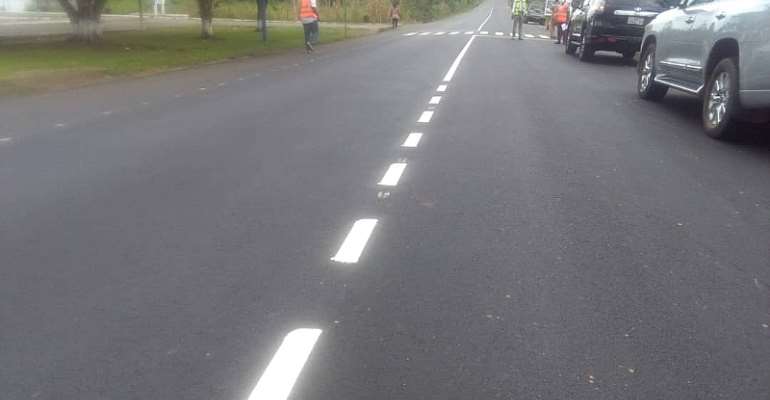 The Eastern Regional Director of the Department of Urban Roads, Kofi Nti Appiah says the 70 kilometres out of a total of 250 kilometres of urban road projects it started in 2017 has been completed.

Speaking to Citi News during a two-day inspection of ongoing road projects in the Eastern Region, Kofi Nti Appiah indicated that his outfit will continue to improve the state of roads and make them more accessible to commuters.

“In the Eastern Region, we have a road network of about 1,350 km and as of 2017 we only had about 26 percent, which is slightly over 350 km, being paved with the rest unpaved being in earth or gravel surface road.”

“Between 2017 and now we have undertaken about 260 km of urban road rehabilitation projects. As of now, we have completed almost 70km. And if we are able to complete all of that then we will change the narrative of the condition of the road,” he said.

The Eastern Regional Minister, Eric Kwakye Darfour who doubles as the Member of Parliament for the Nkawkaw constituency said the completion of the Nkawkaw town roads has been extended to December 2020.

“The 10 km road which is being constructed by Berock Ventures and funded by the Government of Ghana through the Ghana Road Fund at a cost of GHS20.3 million is currently ongoing at Nkawkaw Senior High school.”

“This project is a collaboration between government and the private sector and each must do their parts because the contractors are not father Christmas dishing out projects to the government,” the Minister added.