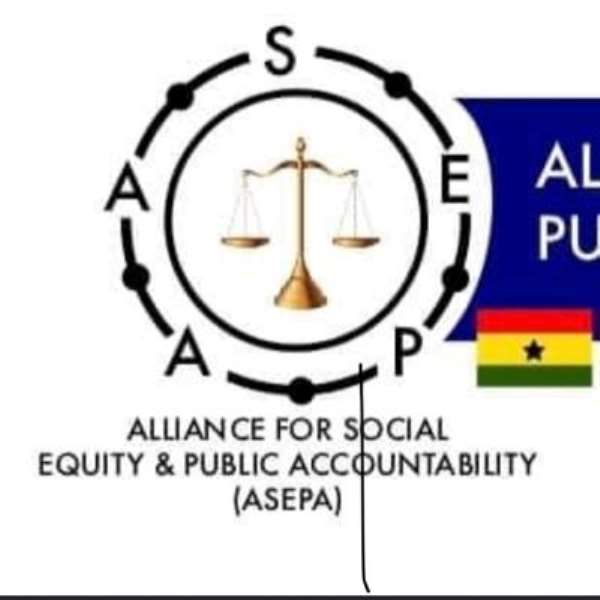 The Alliance for Social Equity and Accountability (ASEPA) is unhappy with the police for obtaining a court order to have its planned demonstration against the controversial Agyapa Royalties deal halted.

ASEPA’s concerns come after the police secured an interlocutory injunction against the group from embarking on the protest.

Earlier, the police had written to the group saying it cannot grant ASEPA’s request to have over 20,000 people gather for the demonstration on Monday, September 21, 2020 citing a possible breach of COVID-19 safety protocols.

But reacting to this development, Executive Director of ASEPA’s, Mensah Thompson says the police are acting in bad faith given the formal and orderly procedures the group had had to follow thus far.

“I think it is a bit surprising because we had written to the police in accordance with the Public Order Act, and we had stated clearly what we intended to do on the 21st of September. The police wrote back to us citing a number of issues which we disagreed with. So we’re through with some processes for the demonstration only to be hit with this court order. It’s actually novel, we didn’t know the police will go to this extent to prevent us from demonstrating,” he said on Eyewitness News last Friday.

Meanwhile, the civil society group has expressed its readiness to engage its legal team to decide on the way forward.

“We will refer the matter to our lawyers, and we are hoping that our lawyers will advise accordingly. But we are disappointed with the police for going to this extent to stop the demonstration.”

The Ghana Police Service through the Inspector-General of Police (IGP) secured a restraining order from the court against the ASEPA and its Executive Director.

According to the Court, its decision to prevent the group from embarking on the protest was arrived at after scrutinising the affidavit presented by the police and the response submitted by the counsel of the plaintiff on the ex-parte motion filed on the matter.

The Agyapa Royalties deal which seeks to monetise Ghana’s mineral resources has for the past few weeks sparked controversy among different groups in the country following concerns from members of the opposition.