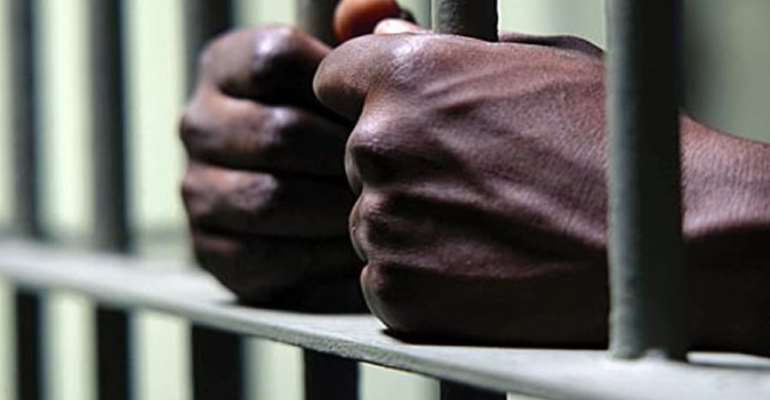 A notorious thief, John Nyarko, who visited some ministries and made away with four laptop computers, has been sentenced to six years imprisonment by an Accra Circuit Court.

Nyarko, an ex-convict, is said to have stolen the laptops from the Ghana Health Service, Social Security and National Insurance Trust (SSNIT), Ministry of Communications and the Bank of Ghana.

Charged with conspiracy and stealing, Nyarko, alias John Boye or Foster Nyarko, pleaded guilty on all the charges.

The Court convicted him on his own plea and deferred sentence to today, Friday, September 18.

His accomplice, Gerald Otoo, who is said to have dishonestly received the items, denied the offence.

He has since been granted bail of GH80,000 with three sureties, one to be justified with a landed property.

Otoo is expected to reappear before the Court, presided over by Ellen Ofei Ayeh, on October 20, for case management conference.

Prosecuting, Superintendent Alex Odonkor, told the Court that the complainants; Franklina Fia, Kwasi Owusu Ansah Amadi, Gabriel Sackey and Alex Kassim were employees of the Ministry of Health, Ministry of Communications, SSNIT and Bank of Ghana.

He said Nyarko is an ex-convict and unemployed, whilst Otoo is a computer technician, who formatted the computers and sold them.

Prosecution said in June and July this year, the Ministries Police recorded laptop computer thefts from the various Ministries and Departments, adding that police visited the affected institutions and obtained the Closed Circuit Television (CCTV) footages of the incident to assist in investigations.

He said the footages captured Nyarko stealing the laptop computers.

Investigations revealed that Nyarko occasionally visited various offices located within the Ministries enclave under the guise of seeing the human resource managers for employment and took advantage to steal the laptops, which he sold to Otoo at the Kwame Nkrumah Circle, prosecution said.

Prosecution said he also stole HP notebook laptop valued at GH5,395.35 belonging to SSNIT and one HP Specter laptop computer, valued at USD 1,300, belonging to one Kafui Yao Giritsi of the Bank of Ghana, Head Office, which he sold to Otoo.

On August 28, this year, at about 3:30pm, Nyarko gained access to the Bank of Ghana Head Office with the same modus operandi but was identified, apprehended and handed over to the police by the security personnel.

Prosecution said during investigations, Nyarko admitted stealing the computers and confessed that he sold them to Otoo and led the police to the Kwame Nkrumah Circle, where Otoo was also arrested.

He said one of the four laptops was retrieved and Otoo admitted selling the remaining three to unidentified customers.