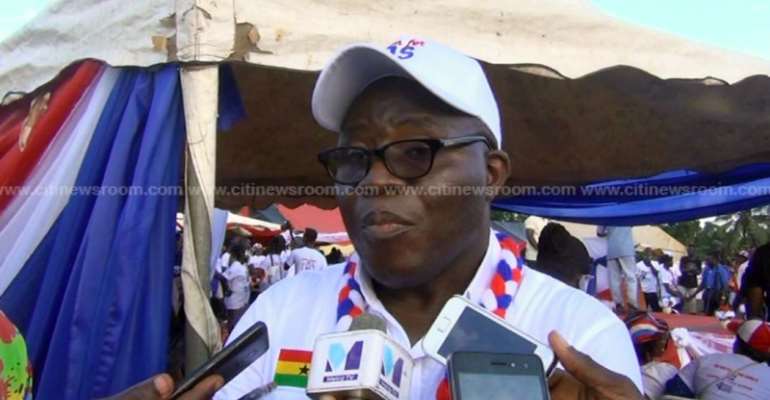 The two-term MP for Mpohor, Alex Agyekum, who lost the New Patriotic Party primary to John Sonnie, has urged the new candidate and his supporters to move past tensions from the primaries to ensure victory in the December polls.

Alex Agyekum, who has accepted to serve on the campaign team for John Sonnie, said he will work hard for the NPP to retain the seat.

He, however, fears some of the bad things said during the primaries could be used by National Democratic Congress and that would be a disaster.

“I worked hard to win the seat for the NPP on two occasions when were in opposition and I want the new candidate to work harder to retain it. This is because the constituency is a swing one and not a stronghold of the NPP nor the NDC.”

“The second thing too is that during the primaries, a lot of things were said, some unfounded. Now, these things have become a weapon in the hands of the NDC. So I ask that in their campaign message, they should have a way of dismantling the weapons they have cocked and given it in the hands of the NDC so they don't use it as a weapon to shoot us.”

The Western Regional Minister, Kwabena Okyere Darko Mensah, speaking at the Mpohor NPP campaign team launch said it is refreshing that although the incumbent MP lost the primaries to the new candidate, he has availed himself to work with him.

“What makes me happy the most is that the current Mpohor MP, Alex Agyekum has accepted that the new parliamentary candidate will have his full support in his effort to succeed him to represent the NPP in Parliament.”

The Minister also assured the people of Mpohor of his commitment to the Mpohor road.

“I cannot also come to Mpohor without talking about the roads here. Mpohor was the first place I visited when I took over as the Regional Minister. When I came here I observed the contractor working on the road was not committed to the work so I quickly terminated the contract and we have now given it to JUSMOH. You all can admit that JUMOH is currently working on the culvert for the bridges and will soon follow up with the coal-tar. So we should all look up to the Elephant and vote for Nana Akufo-Addo and John Sonnie in the upcoming elections.”

The new NPP Parliamentary Candidate for Mpohor, John Sonnie, on his part said beside relying on the numerous policies of the government that has brought relief to his constituents to win the elections, he has personally assisted in the area of employment.

“We have been able to help some of our drivers to get permanent jobs with the Ghana Education Service, Customs/GRA, Immigration and Police Service, Airforce, Military and others. This is a testimony that we are going to tell the people that if we have been able to do this, if you give us another term, we can do more.”