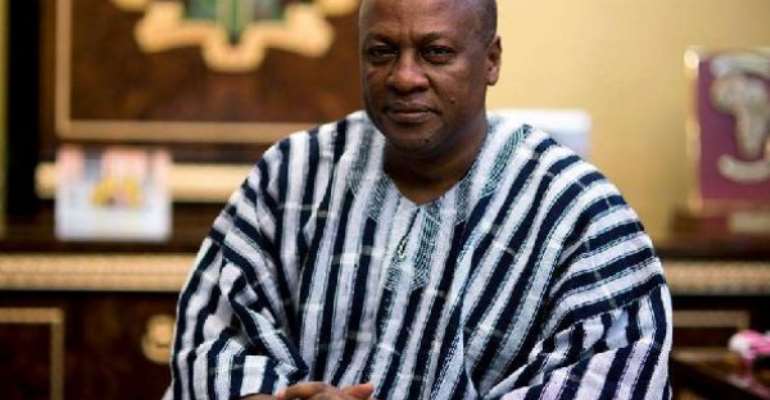 Former President John Dramani Mahama, has assured the chiefs and people of Yeji that he will treat as a priority and complete an abandoned landing beach project he started , if he wins the 2020 elections.

That, he said would facilitate the movement of goods and services.

The former President is also promising to restructure the premix fuel committees for the various landing beaches across the country to give control to the fishermen and block diversions.

Addressing a mini durbar at Yeji in the Pru East Constituency, on the second day of his tour of the Bono East region, the NDC leader expressed concerns about the current premix distribution system that denied direct beneficiaries' access to the subsided product.

The former President said the NDC 2020 Manifesto, which had direct input from ordinary Ghanaians, representd a blue print that would directly address their priority needs.

He made reference to the skills training programmes, free TVET, the pledge to withdraw the law banning the importation of accident vehicles, scrap import duties on commercial vehicles and agricultural equipment, the One million jobs plan, a $10bn Big Push investment, and establishment of Agriculture Mechanisation Centres to boost production, food processing, marketing, among others, as big initiatives intended to improve the lives of all.

Responding to other needs of the people, Mr. Mahama promised them a new market at Yeji, and the completion of a hospital project started by the NDC administration.