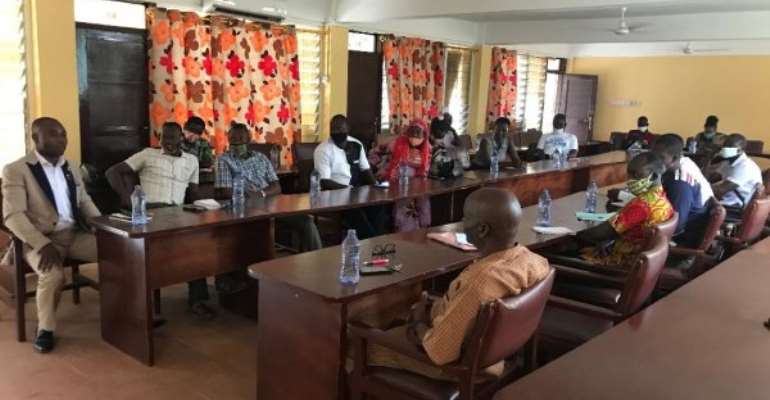 Government has been called upon to let Parliament amend provisions of the Tax Avoidance Law, to serve as a tool to ending tax avoidance and promoting tax justice.

The Upper East Regional branch of Tax Justice Coalition -Ghana, made the call at a forum in Bolgatanga, as part of the 2020 Global Tax Justice Week.

The Coalition noted that when the government amended the provisions in the Law, it would also accelerate and strengthen the generation of more revenue for the country's development.

“Tax avoidance is considered to be morally dubious, cause a nation a great loss and affect its development and so there is the urgent need for the government to implement strategies and curb the situation”.

The forum was organized by the Upper East Regional Chapter of the Ghana Tax Justice Coalition (TJC-Ghana) and sponsored by the Open Society Institute for West Africa (OSIWA).

The Coalition indicated that there were many business persons in the informal sector who were not paying taxes and called on the Ghana Revenue Authority to intensify public education, to encourage the traders in the sector to honour their tax obligations.

The group raised concerns about difficulties encountered by businesses in the region when filing their tax returns because they had to travel to Tamale in the Northern Region to do so and said it defeated the convenience principle of filing taxes and could serve as a great disincentive.

The Coalition urged the Ghana Revenue Authority to decentralize the Medium Taxpayers' Unit to the Upper East Region to help curtail the inconveniences and increase revenue mobilization.

Alhaji Ahmed Awal Kariama, the Regional Convener of the Ghana Tax Justice Coalition, who facilitated the forum, said the aim of the coalition was to ensure a win-win for citizens and government in the collection and administration of taxes and urged tax revenue mobilization agencies to plug the many loopholes associated with revenue mobilization at the local assembly levels and domestic tax revenue units.

He implored District Assemblies and the Ghana Revenue Authority to pay keen attention to leakages in tax collection and build a strong data of the informal sector to ensure more people were captured in the Tax Net.

He said the Coalition had been supporting government both at the local and national levels by periodically organizing events such as conducting strategic research and making policy proposals and developing policy and publicity materials to promote Tax Justice.