Electric Vocuhila: the French quartet with taste, and talent, for African rhythms 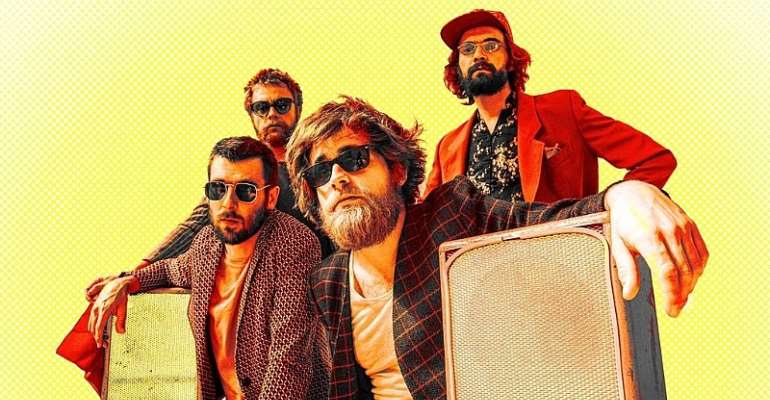 Electric Vocuhila combine the spirit of free-jazz legend Ornette Coleman with driving urban guitar rhythms like tsapiky from Madagascar or Congolese sebene. They masterfully sew them together on their pulse-raising third album, Palaces.

"I had a long time love for African music and the repetitive motifs used in bebop and free jazz," the band's saxophonist and composer Maxime Bobo told RFI just ahead of the Palaces release party in Paris.

The album is an electrifying patchwork of rhythms like tsapiky, sebene, sungura and benga.

They got into tsapiky after meeting France-based Damily, the king of this fast, electric-guitar led genre which he developed in Tuléar in the 1970s.

"We started to use its grooves and forms," Bobo said. "But doing it our own way, trying to get closer to this kind of 'dancey' feeling and fluidity, but using the saxophone and with the way we interact and compose together."

The saxophonist as a voice

The band went to Madagascar, saw how the professionals did it, and came back inspired.

But their command of other rhythms like Congolese sebene or sungura from Zimbabwe has been garnered "mainly through the internet and YouTube," Bobo admitted.

Together with the other band members: Boris Rosenfeld (guitar), François Rosenfeld (bass and guitar) Etienne Ziemniak (drums), they weave these rhythms together rather seemlessly.

They are all guitar-led, and yet Bobo plays saxophone.

"I'm much more attracted to these kind of guitar players or singers, the voices in tsapiky, of African styles," he said.

"I connect with this more than with contemporary saxophone players. I guess I'm trying to use the saxophone and to put somewhere between the voice, singing a song, and guitar riffs."

Back to the roots of jazz

Bobo has found inspiration in sax player Ornette Coleman, the father of free jazz. Not so much because of his renowned harmolodics, but his "voice" and the way he let his band members express themselves.

"I loved his music when I heard it in my 20s. His playing is really open with very melodic lines, always rhythmic and warm. It has the feeling of a human voice."

Like many members of the free jazz movement, Coleman looked to the African continents for the roots of jazz.

"He played with the Masters of Joujouka from Morocco. There's one song on the Dancing On Your Head album," Bobo said.

But it was Ed Blackwell, one of the first drummers in Coleman's quartet, who was more connected to Africa and spent more time there. As did Archie Shepp.

Electric Vocuhila make no claim to having their own connection with Africa.

"We grew up in an arty context, we don't have the experience of what it means to play for traditional events, funerals and so on."

Nonetheless they are keen to play with musicians from the African continent.

"it's obvious we're directly inspired by Madagascar or Congolese music so I think we want to try and play with muscians," Bobo said. "It's really interesting for us to connect and see how it works, how we can adapt the way we play with their music and what can happen with the mix."

The band was due to go to Madagascar this Autumn but the Covid-19 has pushed the trip back to next year.

They hope to find a voice there, a human one.
"I'm trying to get closer to the voice in the way I play the song parts, but it would be great to have a proper voice singing in Malagasy. That would be amazing."

Palaces is out on Capsul Records: a Tours-based music collective which supports some 25 musicians.