By Mills Soko - The Conversation 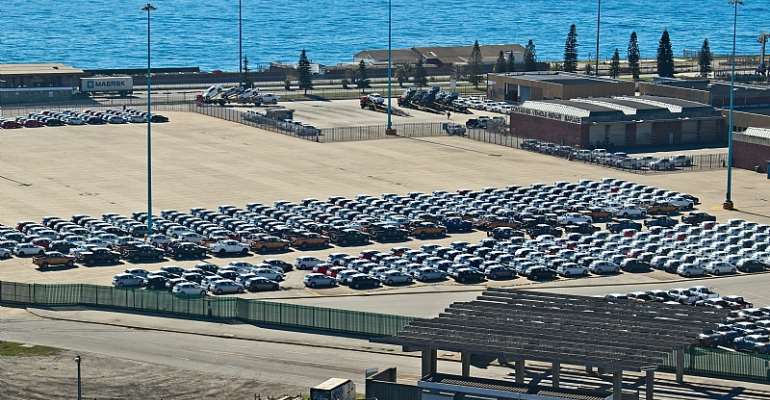 As the deadline for the post-Brexit trade talks between the European Union (EU) and the United Kingdom (UK) looms, concerns have arisen as to whether the two parties will be able to conclude a deal. In terms of the Brexit divorce agreement, the UK is expected to leave the EU single market and customs union on 1 January 2021. A trade deal will govern future trade relations between the EU and the UK. The prospect of striking such a deal, however, has been thrown into doubt by the publication recently of a new controversial bill by the British government that seeks to overrule parts of the Brexit withdrawal pact.

Until the UK decided to leave the EU, it traded with South Africa under an economic partnership agreement (EPA) between the EU and some member states of the Southern African Development Community (SADC). The EU-SADC EPA entered into force on 10 October 2016. Under this agreement, the EU has fully or partially eliminated custom duties for South African exports, except for aluminium and various agricultural products.

The EU-SADC EPA specifies rules of origin to fulfil in order for products to obtain preferential market access. Rules of origin refer to the criteria used to determine the national source of a product. The agreement provides for trade remedies to tackle unfair trade practices. It also contains safeguard measures to increase import duties in cases where a surge in imports unduly threatens to cause serious injury to the domestic market.

To prevent disruption to trade, the Southern African Customs Union nations struck a deal with the UK in 2017. The custom union countries are South Africa, Botswana, Lesotho, Namibia, and Eswatini – plus Mozambique (SACUM). The agreement in principle is that SACUM and UK will carry over the terms of the provisions of the EU-SADC EPA into a new bilateral trade agreement. The roll-over was intended to ensure continuity in trade ties after the UK had left the EU.

Following two years of negotiations, a new agreement , the SACUM-UK EPA, was concluded in September 2019. In essence, this entailed a transfer of the terms of the SADC-EU EPA into the new SACUM-UK EPA. These terms cover rules for:

But, there were some issues that needed further discussion and resolution. These are tariff-rate quotas , and the sourcing of inputs from across the EU region into production for export. There's also the treatment of bilateral safeguard measures, other transitional arrangements, geographical indications, and the built-in agenda .

SACUM countries are entitled to duty and quota-free access for their exports under the EU-SADC EPA. Given the developed nature of its economy, South Africa enjoys less favourable treatment for some of its agricultural, fish and aluminium exports. A new trade provision was agreed that allowed SACUM nations and the UK to source and use EU inputs for production to export to each other's markets. This ensured the continuity of integrated value chains across South Africa, the EU and the UK, particularly in the automobile industry.

The SACUM-UK agreement provides for transitional arrangements. These enable the transfer to it of certain provisions from the EU-SADC EPA. These include, among others, customs matters concerning the protection of geographical indications. On the other hand, the UK is required to provide sufficient time for exporters from SACUM countries to adjust to new technical rules for manufactured goods in cases where those deviate from EU regulations.

An agreement was also reached on a built-in agenda to address areas of interest in future that could not be resolved during the negotiations. These include market access issues, regional cumulation , export taxes, technical barriers to trade, geographical indications, and electronic certification.

There has been a great deal of anxiety on the part of SACUM countries about the final outcome of the EU-UK trade talks, and the impact this will have on the trade relationship between SACUM nations and the UK. A deal between the EU and the UK will help reinforce the certainty and continuity that the SACUM-UK agreement seeks to achieve when the UK exits the EU customs area. If the EU and the UK are unable to agree on any deal, their trade relationship will be regulated by the rules of the World Trade Organisation. This means the UK will be treated as any trading nation that does not enjoy preferential trade with the EU .

In this scenario, the SACUM-UK arrangement will be preserved, but it will also introduce new complications in trade and uncertainty concerning how certain issues, such as the level and quantity of local inputs in the production of motor cars in South Africa for export to the EU and UK markets, will be addressed. A deal between the EU and the UK, therefore, will be the most preferable outcome for SACUM countries.

Mills Soko does not work for, consult, own shares in or receive funding from any company or organization that would benefit from this article, and has disclosed no relevant affiliations beyond their academic appointment.