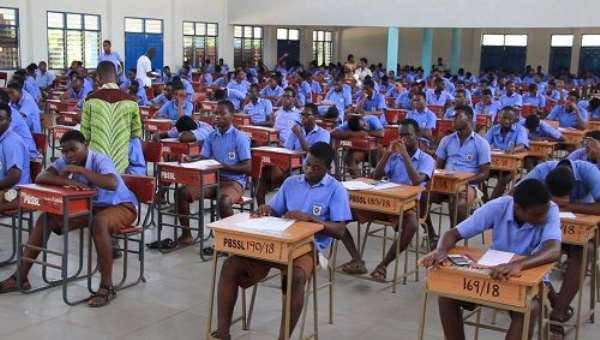 The Director of Public Affairs of the West African Examination Council (WAEC) has disclosed that questions for the Mathematics paper which was written by BECE candidates on Thursday was leaked before 9am on the day.

According to Agnes Teye Cudjoe, some supervisors took pictures of the questions and leaked them to students for money.

Speaking to Kasapa FM Thursday, Mrs Teye Cudjoe said some suspects have been arrested over the development and the necessary sanctions will be applied.

“The issue of exam question leakage is a huge problem for WAEC. Some of our officials in Obuasi yesterday arrested some teachers who had collected GHC2.00 and GHC1.00 from the students ostensibly to help them in the exams. Today (Thursday) for instance, before 9am, a picture of the questions had been taken and shared on social media, we don’t know how they did. Yesterday (Wednesday) some supervisors were arrested over similar incidents. All these are malpractices that should be strongly discouraged,” she told Bonohene Baffour Awuah on the Kasapa News.

However, speaking to Starr News Thursday, the Director of Public Affairs said what happened could not be described as a leakage of questions but ” a way of helping candidates to receive what we call external assistance”.

The development comes on the back of the mass leakage of papers during the West African Senior High School Certificate Examination.

In a release on the leakage, the National Union of Ghana Students (NUGS) described it as shocking and disgusting adding that urgent measures must be taken by WAEC and the GES to ensure that students do not have access to the papers.

“The National Union of Ghana is shocked and disgusted that examination papers continue to leak in the ongoing West African Secondary School Certificate Examinations (WASSCE) as a result of the willful negligence of West African Examination Council (WAEC) and wishes to buy this medium call on WAEC and other stakeholders such as the Ghana Education Service (GES) to put place strict measures to end the spectacle of exam leakages.

“It is suicidal for the nation that many students are ending their secondary academic life and potentially qualifying to be enrolled in tertiary institutions with the help of leaked question papers. The National Union of Ghana Students strongly holds that the failure of authorities to end this cycle of paper leakages further perpetuates the already stark inequities and inequalities in our educational system, as students who can afford to obtain these leaked papers already have a superior advantage over those deprived ones who cannot”.

‘We’ll go hungry if we stop light fishing’ – Fishermen in El...
41 minutes ago