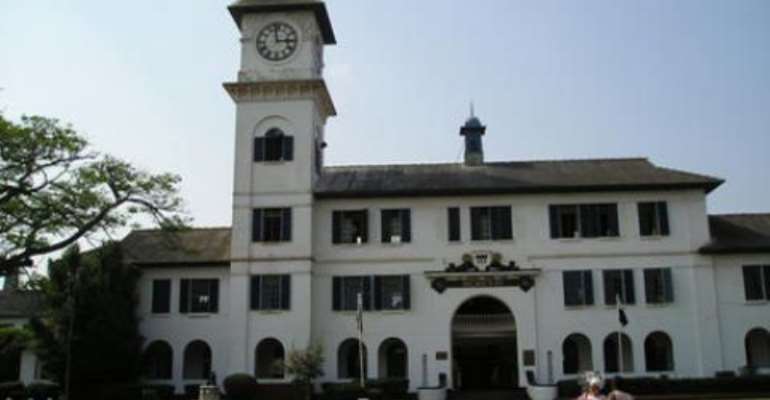 The wait is over. On 1st October, 2006, the Achimota Commission 2010 (AC2010), an Internet-based consulting and advisory group made up of Old Achimotans located worldwide, launched a major Capital Campaign on behalf of Achimota School. In June 2006, the School Board and the Headmistress had given AC2010 their approval to launch a 3-year campaign to raise US$5 million (approximately 46.2 billion cedis) by 2010.

In a press article published in September 2006, AC2010 communicated the boldness of its vision and the enthusiasm that led to the group's formation, and called on Old Achimotans and friends of the school to support this fundraising effort. The response was overwhelming. Many people said, 'We have been waiting for something like this for years'.
Under the leadership of the Campaign Chair, Dr. Kingsley Orraca-Tetteh (Class of 1968 - Lugard House), AC2010 team members have worked very hard to put the structures in place for the launch, including an informative and well-organised website.

The group is determined to bring highly professional standards to the management of this Campaign. Says Dr. Orraca-Tetteh, 'Donors can be assured that we will maintain the highest levels of transparency and accountability at every stage, all the way to project implementation. We are all unpaid volunteers, but we have worked extremely hard, some of us up to 30 hours a week, to generate a detailed plan for restoring the school we love, beginning with the infrastructure'.

Regarding his expectations, he states: 'We look forward to a generous response from all Akoras and friends of Achimota School, both in Ghana and abroad. We want to do our founding fathers, Guggisberg, Fraser and Aggrey, proud. They had very high standards, and so do we'.
He adds: 'I am particularly excited about the way we have structured our website. In fact, if I had a personal website, that's how I would want it to look. It makes the best case I have seen for why Old Achimotans should come together to help their school regain its original excellence. Our goal is to reach every single living Akora in the world'.

The group is inviting Akoras and friends of Achimota to learn more about this 3-Year Capital Campaign by logging on to www.AC2010.org. They should expect to be surprised and intrigued, says Dr. Orraca-Tetteh. For those who are moved to support this campaign, and hopefully that is everyone, everything has been provided to make any size donation convenient and fully secure.
Says Kingsley: 'If we work together, collaborating closely with the OAA and the existing year groups, by 2010 we will reach our goal of setting Achimota on the path toward full restoration'.

When I meet Bawumia I'll tell him he's an economic comedian ...
17 minutes ago