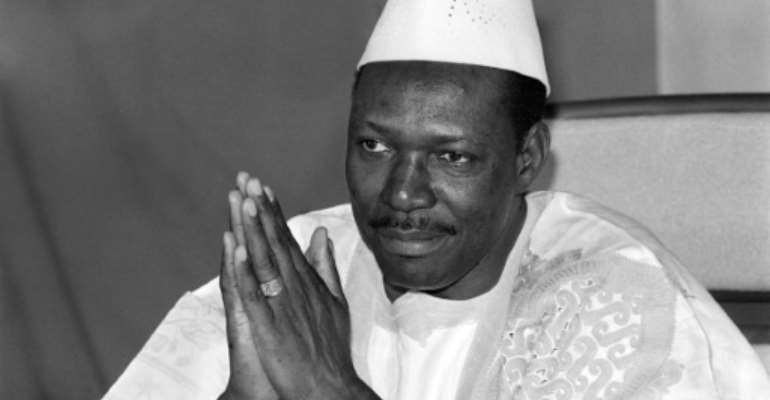 Moussa Traore, who ruled Mali for 22 years before being deposed in a 1991 coup, died at age 83 on September 15. By FRANCOIS ROJON (AFP/File)

Mali held a state funeral for ex-dictator Moussa Traore on Friday, attended by the head of the ruling military junta and other former leaders of the Sahel state, according to AFP journalists.

Traore, who ruled Mali for 22 years before being deposed in a 1991 coup, died at age 83 in the capital Bamako on September 15.

The former autocrat was buried at a Bamako military camp on Friday, where a funeral band played at the arrival of his coffin, which was draped in the Malian flag.

Soldiers dressed in full regalia stood at attention, according to AFP journalists, while two planes performed a flypast overhead.

As a young lieutenant in 1968, Traore was the main instigator of a coup that overthrew Modibo Keita, the country's first president after independence from France in 1960.

Traore became president the following year and ruled with an iron fist, before he himself was ousted in a military coup in 1991.

In recent years, the ex-dictator was increasingly seen as an elder statesman in the notoriously unstable country, with politicians soliciting his advice.

In attendance on Friday was the head of Mali's ruling military junta Colonel Assimi Goita, part of a group of young officers who launched a coup ousting president Ibrahim Boubacar Keita on August 18.

Former President Amadou Toumani Toure -- who deposed Traore in the 1991 coup -- was also among the mourners, alongside other ex-leaders.

Russian diplomats attended the ceremony on Friday, according to AFP journalists, but no French or European Union diplomats were present.