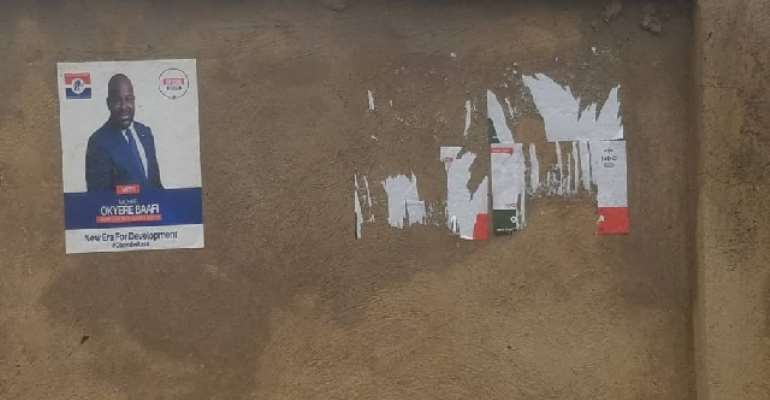 The Zongo Caucus Coordinator of the opposition National Democratic Congress (NDC) in the New Juabeng South constituency of the Eastern Region, Mr Tijani Ahmed Maikano, has cautioned the Zongo youth against taking down NDC campaign posters in the area.

He said the youth are usually hired to perpetrate such acts.

According to him, to foster peace in the Zongo communities, the inhabitants must be careful with their involvement in politics.

In an interview with CTV's Kamal Ahmed, Mr Maikano accused members of the governing New Patriotic Party (NPP) in the area of tearing down NDC posters.

He, therefore, called on opinion leaders in the Zongo community to call on the NPP in the area to desist from that act or face punishment.

“We will deal with such people mercilessly if they are caught,” he noted.