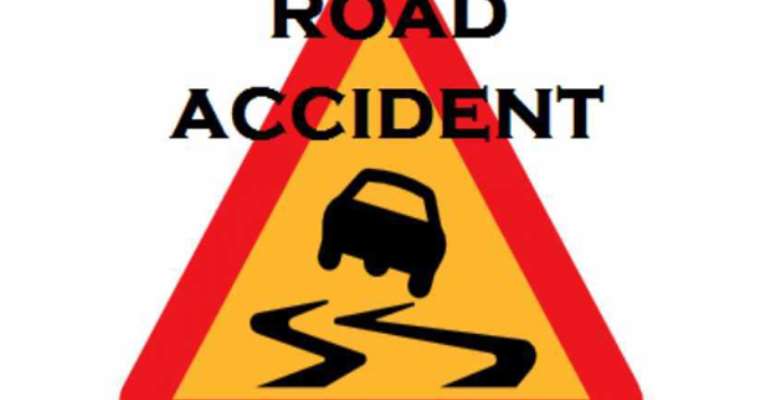 A motor rider has died on the spot after a bullion van knocked him off the bike.

The driver of the bullion van and two others with him were treated and discharged.

The rider, Raymond Dodzi, a 28-year-old National Service Person met his untimely death on the Hohoe-Fodome road in the Volta Region.

He said the driver, a cashier and a Police officer, were the occupants of the van with registration number GN 7144–17.

He said the van, which belonged to Agate Dabot Company, was transferring money from Ho to the Hohoe Branch of the Fidelity Bank.

ASP Obeng said the rider was heading to Hohoe from the Gbi-Atabu stretch of the main road.

He said the driver in an attempt to avoid knocking the rider caused the van to somersault several times.

The Commander said the accident caused damages to boxes containing the cash with the impact forcing them to open and added that the occupants in an attempt to salvage the money were not successful because onlookers picked and called their friends to the scene.

He said information from the occupants of the bullion van revealed that they were travelling with an amount of about GH₵710,000 but were only able to retrieve GH₵218,232 after the incident.

ASP Obeng said a challenge facing the MTTD was lack of a vehicle to quickly respond to emergency cases within the Command.

He cautioned riders and drivers to always observe traffic regulations and abide by all road safety protocols.