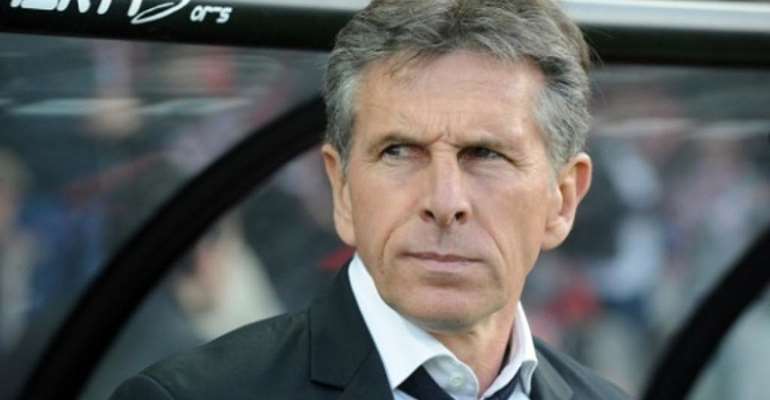 Claude Puel's only needed a draw last night at the Velodrome. His team did more than that as Saint-Etienne easily subdued their depleted hosts with a brace of goals from Romain Hamouma and Denis Bouanga.

It was not so much a victory as a route, as Puel celebrated his 600th Ligue 1 game against Marseille, who must have been the favorites after they  beat bitter rivals Paris Saint-Germain last weekend.

It was a  serious blow for Andre Villas-Boas' team. The PSG clash took its toll, as forward Dario Benedetto and left-back Jordan Amavi were suspended after being sent off in a brawl at the end of the bad-tempered match in the capital.

Defender Alvaro Gonzalez, at the centre of allegations that he racially abused PSG's Neymar on Sunday, did start however.

Only around 1,000 spectators were present at the Stade Velodrome due to coronavirus restrictions.

Les Verts now move to the top of the table with the three points as Claude Puel's men remain unbeaten this season.

The home side's best chances to score fell 10 minutes into the second half as 19-year-old Nathan Ake hit the crossbar and midfielder Morgan Sanson dribbled his effort past the post less than 60 seconds later.

Gabon international left-winger Bouanga doubled his side's lead to end the 41-year wait by firing past Steve Mandanda with 11 minutes to play.